Things would not have been any different were ODM leader Raila Odinga to win, compared to how they are now under President William Ruto, political commentator Wycliffe Muga says.

Raila unsuccessfully tried to secure the presidency in the August elections, which was his fifth shot at the top seat, before losing to Ruto, now the President.

Muga says that Raila was going to renege on some of his promises as soon as he secured the State House, and would abandon his Sh6,000 monthly stipend as soon as he got to office.

He argues that this was going to happen because the leader would realize that the money needed for the project was too much, and even if it were there it would be better off used to pay off debts. 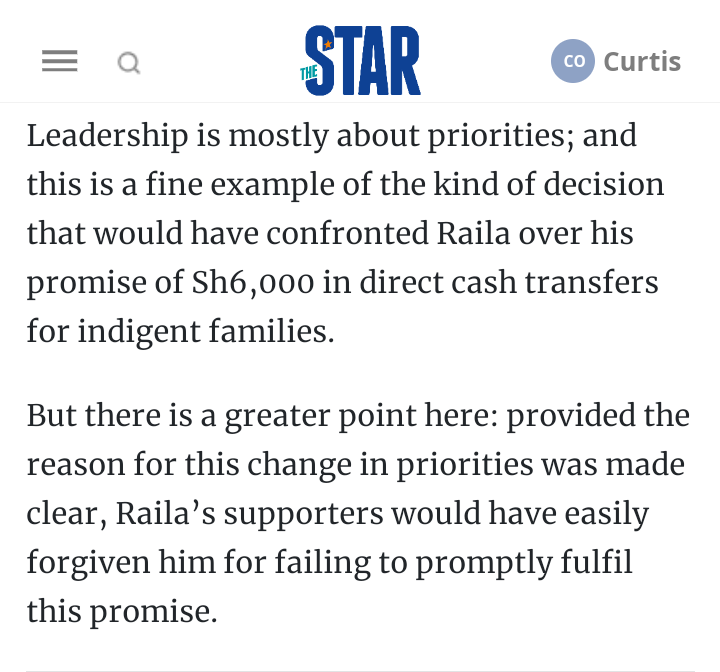 "Leadership is mostly about priorities; and this is a fine example of the kind of decision that would have confronted Raila over his promise of Sh6,000 in direct cash transfers for indigent families," he says in an article in The Star.

He notes that Kenyans, especially his supporters, would have forgiven him for reneging on the promise, the same way Ruto and his predecessor Uhuru Kenyatta were forgiven for not keeping their 2013 vows.

He argues that Ruto too will be going back on some of the promises he gave during his campaigns, and can be excused because of the economic situation in both Kenya and the world at the moment.

"What we should ask of Ruto is that he should do the best he can for the country, under the unfavourable economic circumstances we now find ourselves in. And this may well mean that he has to break many of the promises he made while campaigning," he says.