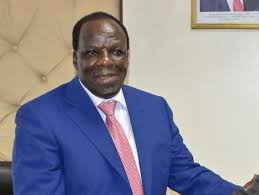 Kakamega Governor Wyclef Ambetsa Oparanya has come out and said that he paid Orange Democratic Movement (ODM) Party some amount of monery in order to become it's flag bearer. Oparanya's ambition was to become the fifth president of the Republic of Kenya under ODM Party after paying Kshs 1 million shillings.

Oparanya revealed this information while in a live interview with Citizen TV's Wahiga Mwaura and went a head saying that despite the party being silent over the issue, he has not yet withdrawn his registration of becoming the flag bearer of ODM Party. According to him, he had paid 1 million shillings, as one the contestants of the ODM presidential ticket last year (2020) but to his surprise, the party has since then gone silent. 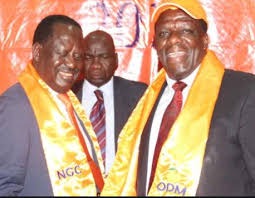 From the look of things, this Friday 10th the ODM Party leader may unveil himself as the flag bearer of the party who will be contesting for presidency meaning that there will be no ODM presidential nominations. "ODM has not announced officially the person who will vie for the presidency but ODM supporters across Kenya are pushing Raila to vie for the top seat," said Oparanya. "I will support Raila if he announces that he will vie for the presidency but request the party to refund me my 1 million shillings and support me come 2027 general elections," concluded Oparanya.