By Felixotoro (self media writer) | 2 months ago 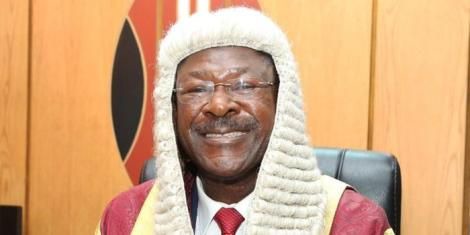 Moses Wetangula is currently the speaker of the national assembly after taking over the mantle from Justin Muturi who has been appointed by president Ruto for Attorney General's position.

Today, speaker Wetangula was expected to make a ruling between Azimio coalition and Kenya Kwanza Alliance, which camp becomes the majority and minority in the house. 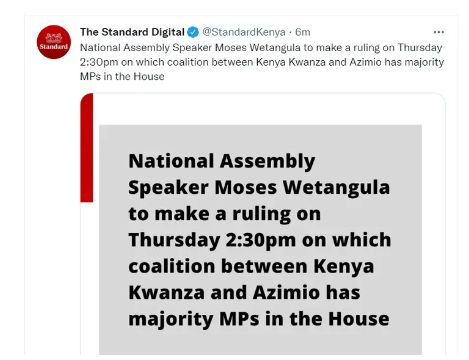 After declaring the floor open for the members of parliament to debate on the minority and majority position, it has been revealed that Wetangula will make the much awaited ruling on Thursday this week at 2:30 pm.

In conclusion, what's your prediction regarding the much awaited ruling, between Kenya Kwanza and Azimio which side will carry the day.