By Festohfess (self media writer) | 6 months ago 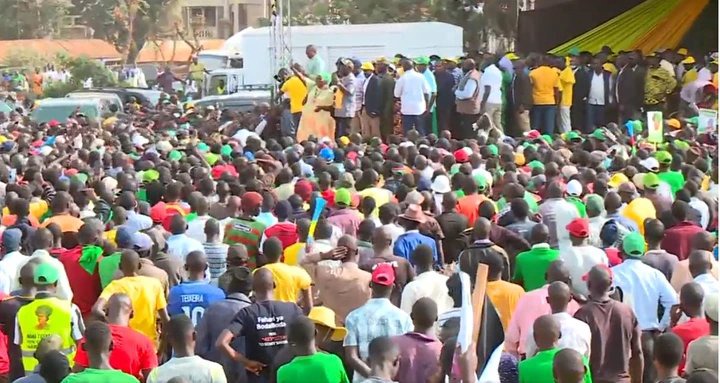 Ruto, who was asked to address the throng at Posta Grounds in Bungoma County by ANC chairman Musalia Mudavadi, spent time naming the MPs and political figures in attendance before finally declaring the presence of Atwoli's wife Roselinda, driving the crowd into euphoria.

Naitwa Rosalinda Simiyu, na mzee wangu, aitwa Francis Atwoli, na mimi niko ndani ya Hustler," Roselinda declared before waving at the crowd and clearing the way for the introduction of others.

The video commences at 49.45 minutes.

The Cotu chairman reportedly married Roselinda in 1996 after informing her of his divorce. At the time, she was 30 years old, while Atwoli was 47. Atwoli's mother, Roselinda, gave birth to two children.

The trade unionist said on Citizen TV's JKL Show that he had divorced his wife after she chose to enter elective politics against his desires.

Roselinda ran for the Webuye West parliamentary seat in 2017 but was defeated. She is also set to run against Ruto's UDA party in August. The estranged second wife stated that while he had no objection to Atwoli marrying another woman, he was no longer the man he knew from the beginning. 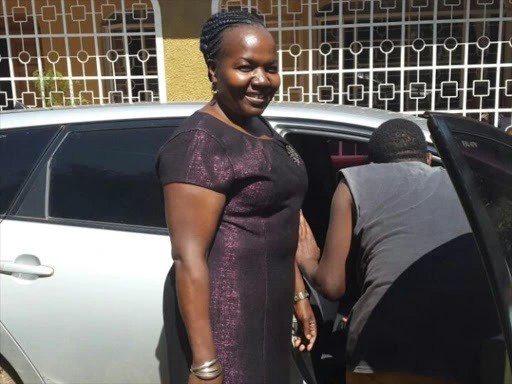 What Kenyans Should Do as They Await Official Announcement - Murkomen