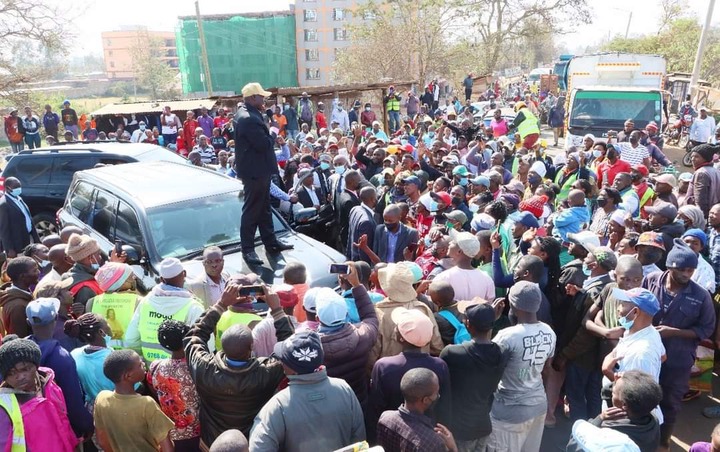 According to the sources the Kapseret Member of Parliament Hon Oscar Sudi sent a strong message to controversial Donald Kipkorir a close supporter of Raila Odinga and the proponents of BBI report and the recommendations over the Senator Kipchumba Murkomen.

Following the sources the controversial legislator was addressing Donald Kipkorir via his Facebook account telling him that he has nothing to do expect spreading cheap propaganda on the social media platforms. "My friend if you have lacked something else to do apart from spreading cheap propaganda then concentrate being BBI lawyer," he stated on his Facebook account. 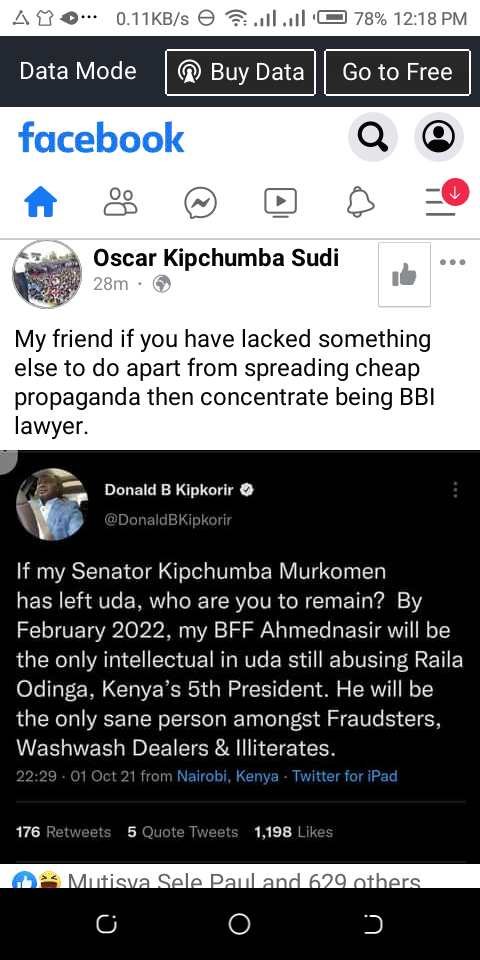 However, this comes after the alleged BBI lawyer, Donald Kipkorir tweeted on his official Tweeter account stating that if senator Murkomen has left UDA party then who else to remain?

"If my senator Kipchumba Murkomen has left UDA, who are you to remain?

He went ahead stating that it's only Ahmenasir an intellectual person who will remain in UDA party abusing Raila Odinga.

" He will be the same insane person amongest fraudsters, Washwash dealers and illiterates" he added.

Nonetheless, following the Raila's close supporter it seems he was dissing and criticising the UDA supporters over being illiterate and fraudsters.