Uhuru, Raila Alleged Plans To Endorse Matiangi For The Top Seat Ahead Of This National Event

By Rickiee (self meida writer) | 20 days

Succession politics is what is seen as a normal life activity because every election that comes leaders must talk of it and even draw their weight on the preferred candidate.

Before moi handover powers, he had endorsed the then Gatundu south member of the parliament Hon. Uhuru Kenyatta and asked the public to vote for him for the top seat. 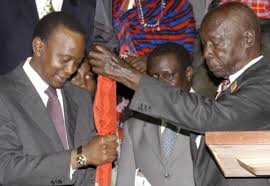 In another incident before Moi exit powers, the former prime minister Raila Odinga also endorsed Hon. Kibaki for the top seat and that is when Kibaki formed a new government where Raila was the Prime Minister. 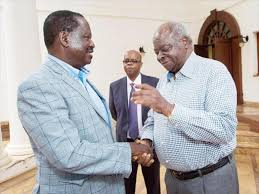 However, the former prime minister and the President of the Republic of Kenya Hon. Uhuru Kenyatta is believed to be grooming the interior cabinet Secretary for the top seat in 2022 as a handshake candidate to battle out with the deputy president of Kenya.

Matiangi is expected to tour Nyanza in a few weeks to unite the region and pave the way for leaders to discuss his candidature for the top seat when the general election will come calling.

“He is being viewed as the best candidate for President Kenyatta and Raila’s handshake side,” the official said.

According to this information, it may signal a green light to Ruto's camp that the former Prime Minister will be not in the ballot box in 2022. In the recent past, Ruto had hinted that Raila is the only politician that gives him a lot of worries. 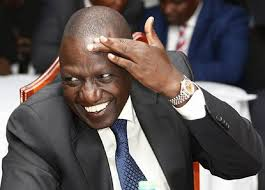 However, Ruto will now battle out with super CS Fred Matiangi In 2022 for the top seat as Raila and Uhuru expected to campaign for their handshake candidate before the 2022 general election.

Troubles For Raila Odinga And Orengo In Siaya As Their Past Deal Is Exposed, Orengo Warned Of This

"You Don't Understand Bottom Up Economy,"- Reactions After Boni Khalwale Said This About UDA in 2022