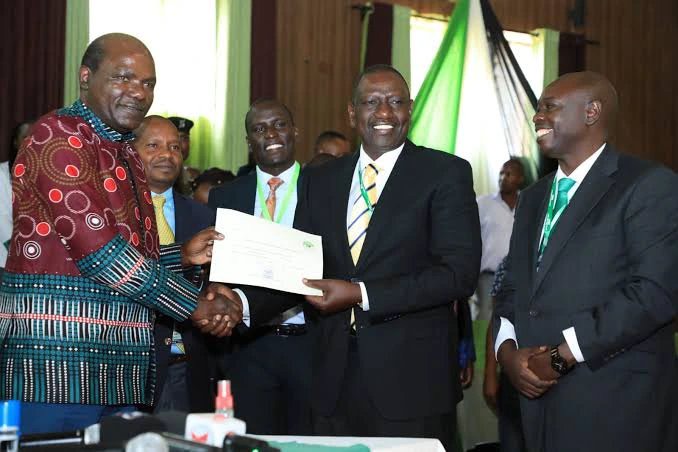 DP Ruto has stated that he congratulates the newly elected leaders under the Kenya Kwanza and thanks Kenyans for their support of women in leadership.

The Second in Command wished his team well as they began their new duties to serve the country, stating that they should prove to Kenyans that they are capable of delivering and that Kenyans are depending on them.

"Congratulations to all the winners of the election." In particular, we honor the numerous women who have overcome obstacles to ascend the political ladder. Best wishes as you assume your new duties. Con artists are banking on you, "Vice President William Ruto stated via his social media accounts. 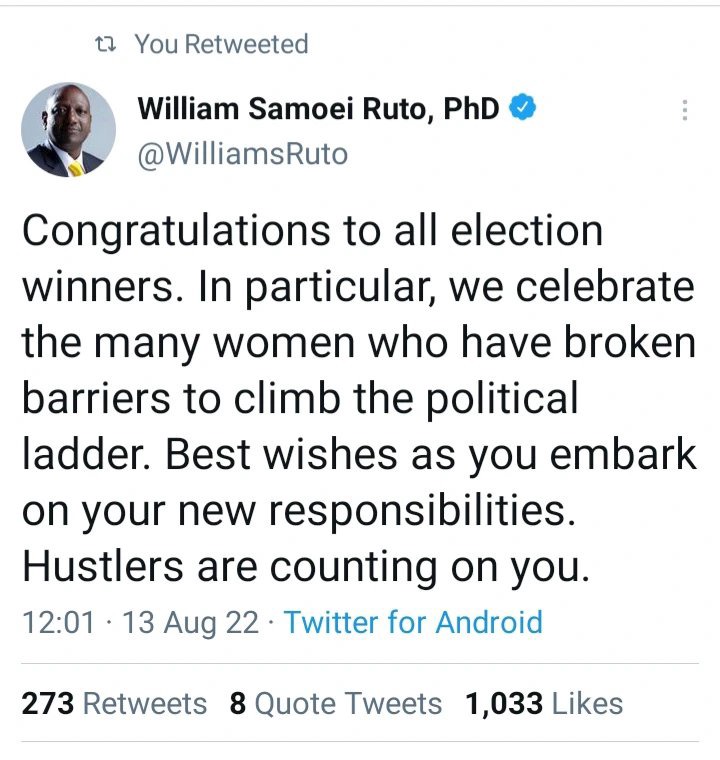 The Second in Command Statements are made as the Azimio One Kenya Alliance team gathers at the KICC to celebrate securing a majority of seats in the legislature.

It has been determined that the Azimio side is assured of victory, as several Secretariat officials have confirmed that Raila Odinga is far ahead of DP Ruto.

"Having completed our duties, the remainder is now up to the IEBC." "We are convinced that Raila will win based on our calculations, but we will await formal confirmation from the commission since we respect institutions," Raphael Tuju, executive director of the Azimio Secretariat, stated.