By Bosaya (self media writer) | 1 year ago

Collins Toroitich, a grandson to the late former president Danel Toroitich Arap Moi has demanded a DNA testing a case he is embroiled with a Baringo politician Gladys Jeruto Tagi, where he was slapped with a1million monthly upkeep fee. In May 2021, Toroitich was sued for not taking care of his kids despite being a successful person.

However, Colllins stated that he will only take responsibility after the results confirm the legitimacy of the accusations. The two had married in 2008 and separated after four year having sired two kids a boy and a girl.

Jeruto claimed the needs of the children are so many to be catered by herself and asked for help from her former partner in a case filed before Principal Magistrate, Benjamin Limo. She petitioned the court to compel Toroitich to pay 1m every month. The Koibatek ward MCA hopeful told the court that her attempts to reach Toroitich were fruitless alleging he might have blocked all her contacts. Jeruto contested for the seat in 2017 on a KANU ticket but lost. Toroitich is the son of the late Jonathan Moi, the late president Moi's eldest son. 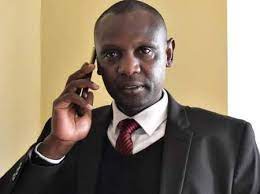 Content created and supplied by: Bosaya (via Opera News )