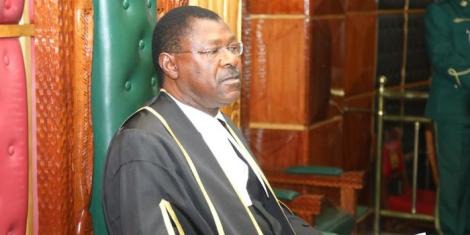 In what appeared to be a hotly contested position at the National Assembly between the Kenya Kwanza camp and the Azimio La Umoja One Kenya coalition party with regard with the majority leadership of the house, Wetangula ruled the the President-Ruto led camp is the majority.

In protest of the ruling, Senator Ledama has accused Speaker Wetangula of taking powers of the registrar of political parties with regard of declaring which coalition party is the majority at the NA. He has mocked him of being capable of announcing that Ruto's UDA party is the majority and not Kenya Kwanza, warning that his decision would come to haunt him one day.

“So today my former colleague Hon Wetangula decided to take all the powers of the registrar of Political’s parties and the high court and gave himself by declaring KK the majority party ? I wish he even decided to say UDA is the majority party and not KK! This will come back to him," Ledama said.