By Chelule~Digital (self media writer) | 1 month ago 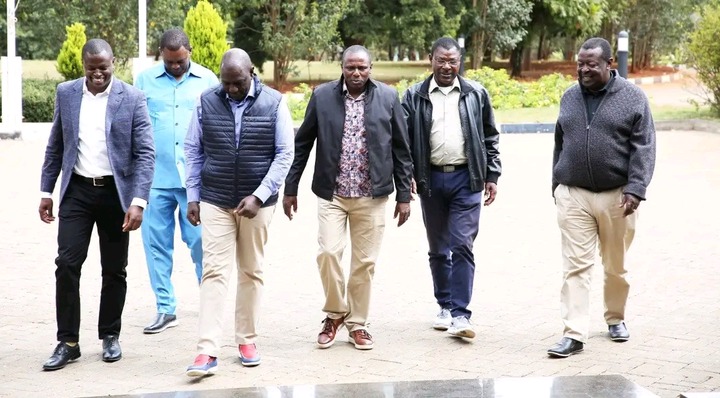 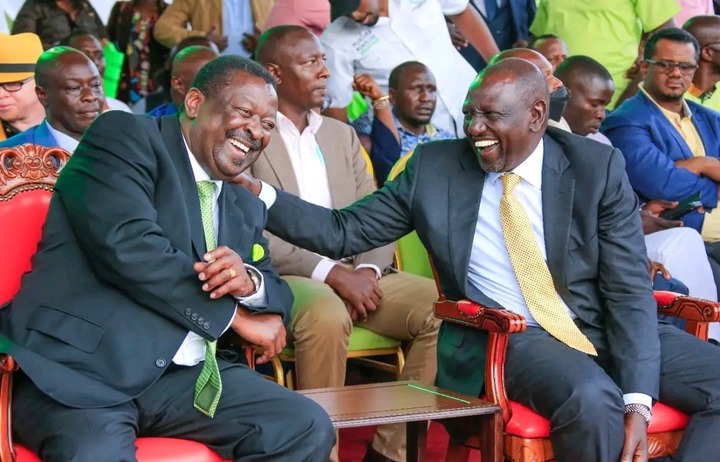 During the daily morning cafe at TV 47 Kenya, Embakasi North Member of Parliament James Gakuya said that Musalia Mudavadi should not plan to fold his party and join UDA because it will be the end of his political career.

The legislator said this after reacting to Moses Kuria's decision to fold his CCK. He reiterated that UDA is in the hearts of the Mount Kenya people and Kuria made the right decision. 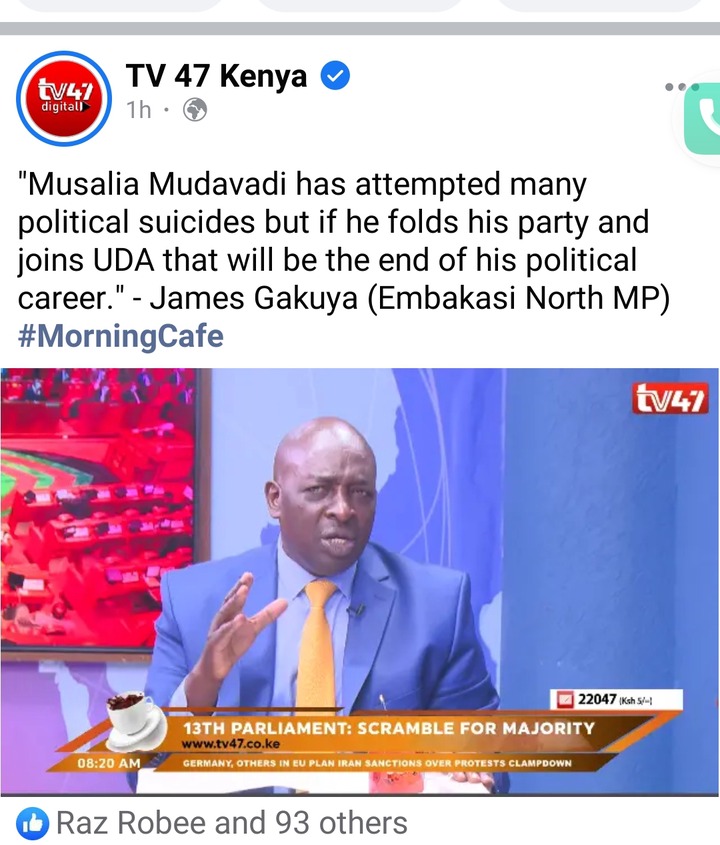 Additionally, he urges Musalia Mudavadi and Speaker Moses Wetangula to convince their ANC and Ford Kenya party secretariats to form one strong party in the Western region which can be the bargaining machine for the region. 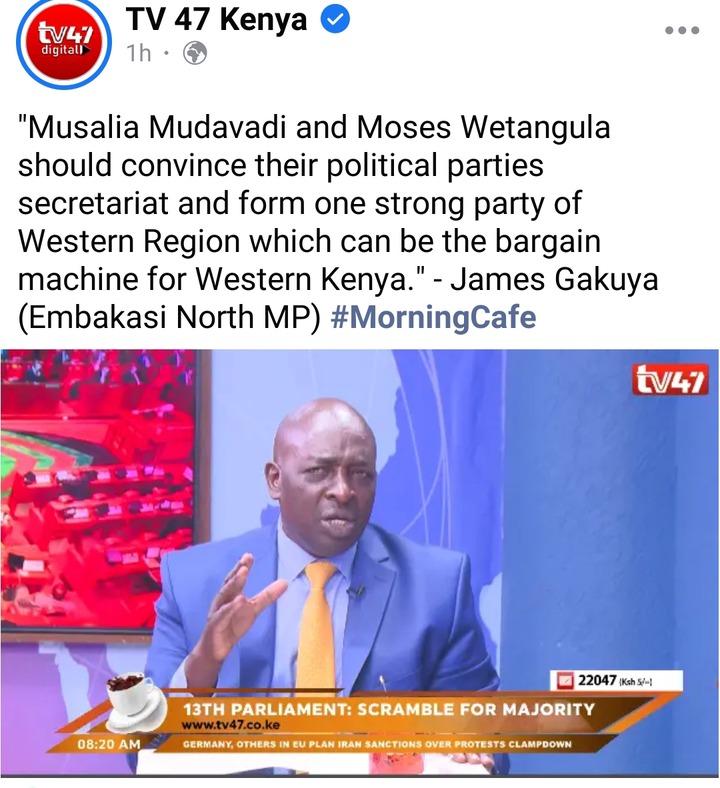 Surely, having more than one party in a region seems partial to the people. However, the idea may provoke new dawn in the Western Kenya region.

Watch his debate in the video below.

Do you think Amani National Congress and Ford Kenya political parties should join forces and form a solid party? Share your thoughts in the comments section below.

Content created and supplied by: Chelule~Digital (via Opera News )