By WorldVoice (self media writer) | 9 months ago 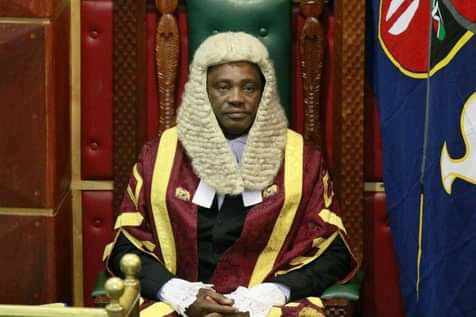 Justin Bedan Njoka Muturi is the speaker of the National Assembly of Kenya and he has been holding the position since 2013 when he was elected by the Mp's and he was again re-elected in 2017.

Justin Muturi was born in the year 1956 in the Month of April in Mbeere and he attended his primary school education end then later went to the Kangaru Boys High School for his Secondary school.

He then joined the University of Nairobi in 1978 where he did law and graduated in 1981 then went to the Kenya School of Law and was admitted to the bar in the year 1982.

He joined politics in 1999 and he vied for Siakago Constituency seat in a by-election which he win under the KANU party.

He is also a married family man and he has three children.

Content created and supplied by: WorldVoice (via Opera News )