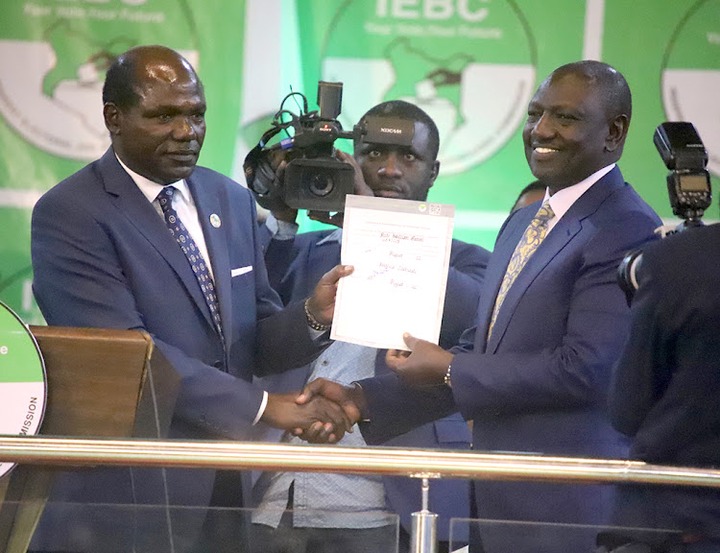 He claims that Ruto has sought the help of Chebukati to suffocate democracy, especially on matters electoral affairs, to give the President an upper hand and final say in the commission's operations.

The former Ndaragwa MP suggested that Chebukati might even be working on Ruto's orders regarding planning the three approaching by-elections, to ensure that specific people carry the day.

"It is clear Chebukati is being used by the regime to suffocate democracy," the former Ndadagwa Member of Parliament told the press at the party headquarters in Nairobi on Monday. 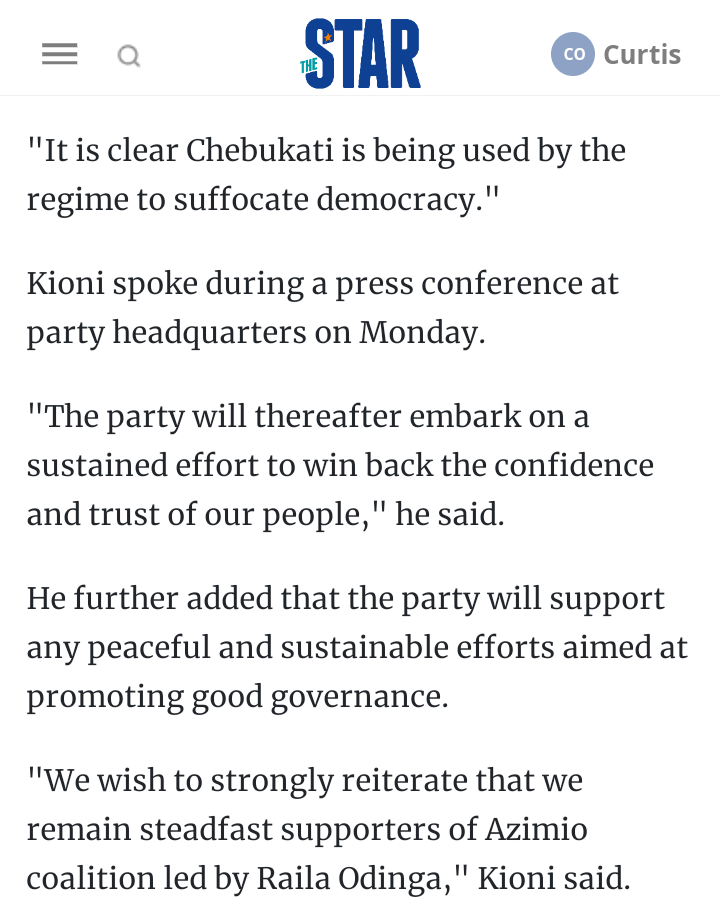 He said that for this reason, the party will not have candidates in any of the mini polls and will instead focus on trying to woo back it's supporters in readiness for future elections.

Kioni added that the party is not happy with what is happening at the IEBC, and Ruto's alleged involvement in all that, hence its decision to join the forthcoming opposition protests.

"Electoral reforms is not about four people. You can see how they want to change the IEBC selection panel. We are not happy and that is why we will be part of the rallies," he is quoted by The Star.

This comes as a U-turn from the former President Uhuru Kenyatta-led outfit, which had announced that it will not participate in such exercises.