'Be Careful What You Ask For' Herman Manyora Warns Top Politician 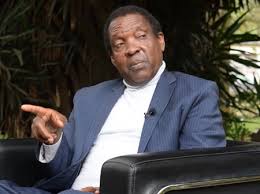 Former Makueni Senator Johnstone Nduya Muthama had has been warned by one of the best Kenyan Political Analyst Herman Manyora.

Muthama on the issue stated that ODM members should not blame the referee who is Chebukati in the next year's 2022 General elections but instead through their party leader Raila Odinga they should change their game.

"No one WINS a match by shifting goal posts. Politicians should embrace the culture of conceding defeat. @IEBCKenya has never been the problem but the power hungry individuals who've never been ready to accept defeat. @RailaOdinga should stop blaming the referee & change his game",Muthama stated.

Herman Manyora has gave a warning to Muthama stating that he should be careful with what he demands(for Chebukati to remain as the Chairman for IEBC). 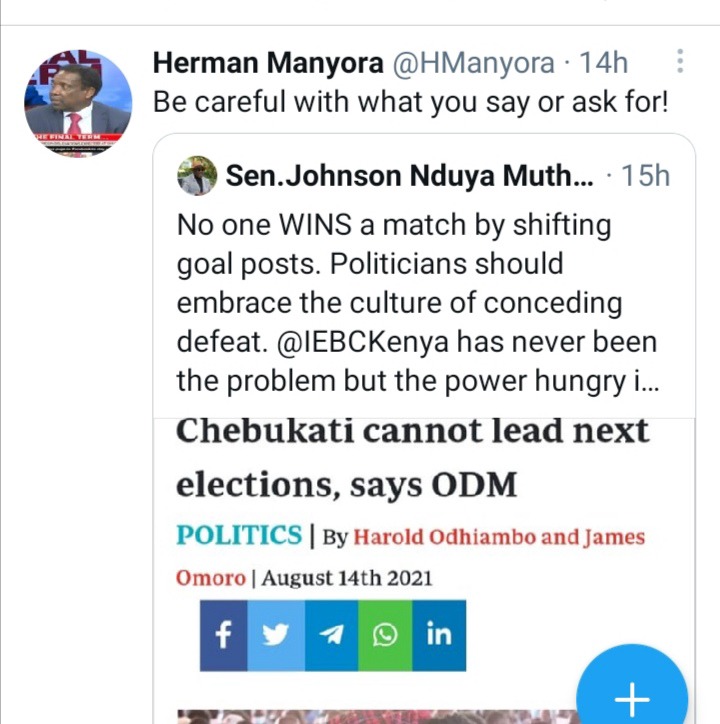 What Kindiki said about Azimio after he was heckled in Mt Kenya has sparked a lot of debate.

Sonko Insists That He Is Still In The Mombasa Gubernatorial Race, Nothing Will Stop Him