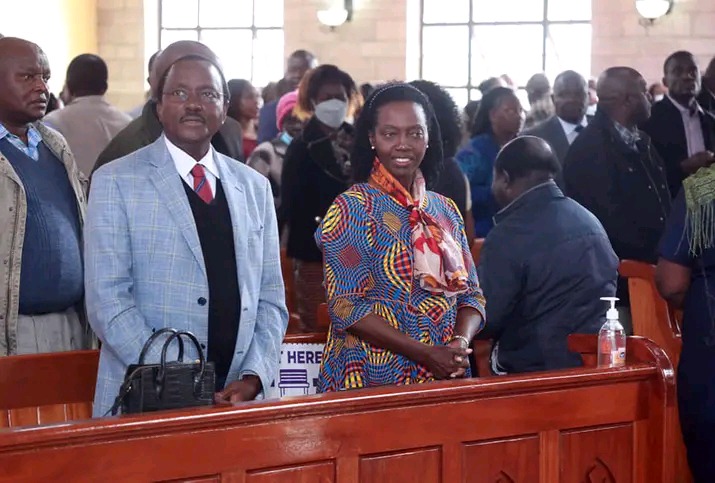 Former Nyeri Town Member of Parliament Hon Ngunchiri Wambugu has come out and claimed that Wiper leader Kalonzo Musyoka is being owned by residents of Central Kenya as far as politics is concerned.

While taking to his social media platforms, the vocal Jubilee politician said that he has come to learn that Kenya politics is majorly associated with debts as far as different communities join forces and work together with favor expected to be returned in the future. 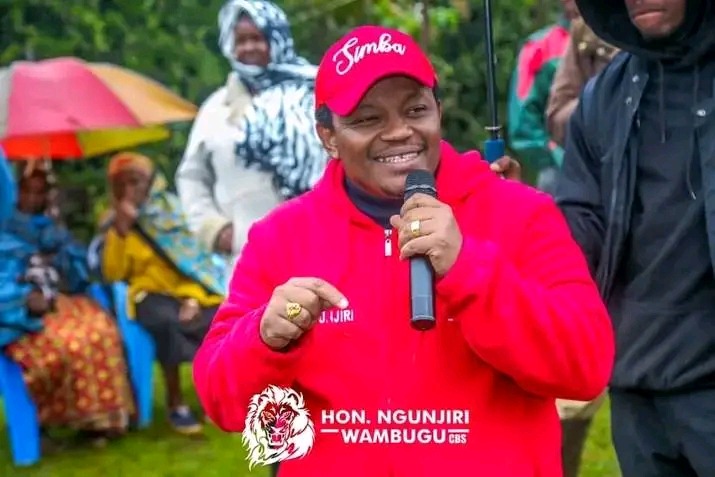 According to Ngunchiri Wambugu, the Kenyatta family has now paid the Odinga family, the Kikuyu people have paid Dr. William Samoei Ruto after he supported Uhuru in 2013 and 2017 and the only person who has not been repaid by Kikuyus is Wiper leader Kalonzo Musyoka.

The former Vice President is known for standing with former President Mwai Kibaki during the 2007 presidential election where his region voted for Kibaki overwhelmingly. 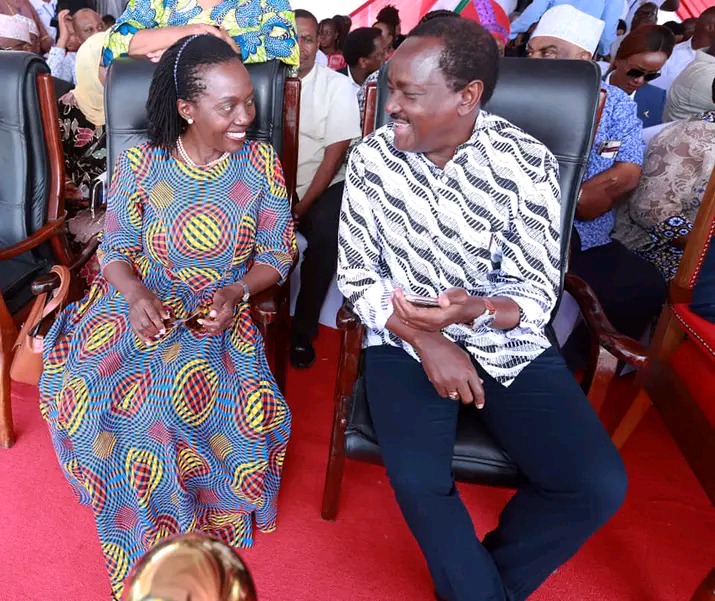 Therefore according to Ngunchiri Wambugu, if Stephen Kalonzo Musyoka plays his card well, he may request the Mt Kenya region to rally behind him the way he rallied behind Mwai Kibaki in 2007 and if they support him his debt will be paid. 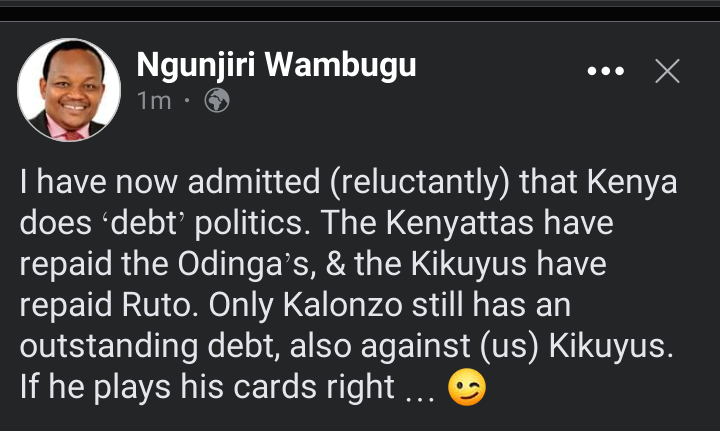 Man poisons and Stabs 4 children, dies by suicide after wife demands For This