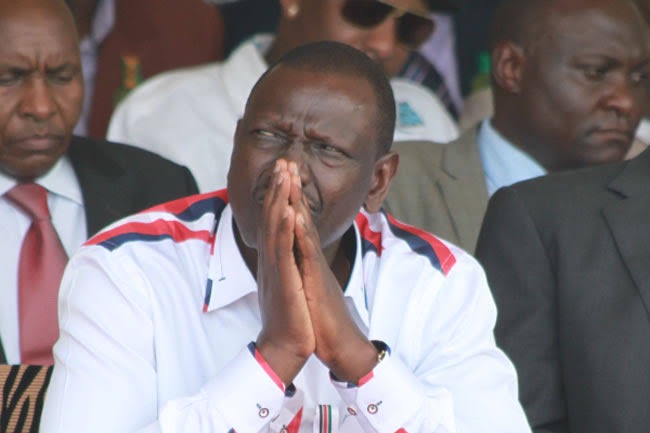 A governor and former top state official has revealed that the so-called "deep state" exists and does exactly what Kenyans are being told.

This comes amid reports that the cabal is attempting to sway the outcome of the 2022 presidential elections, having identified its preferred next President. 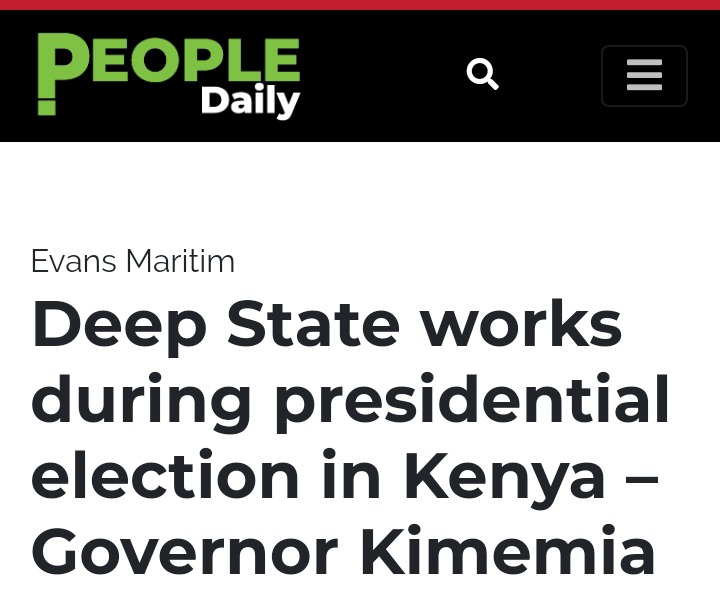 Former Head of Public Service Francis Kimemia says the rumors are true and warns those who have been told they are being targeted to be cautious.

He told Citizen TV that the state has complete control over what happens and has the ability to ensure that its preferred candidate wins and defeats their opponent. 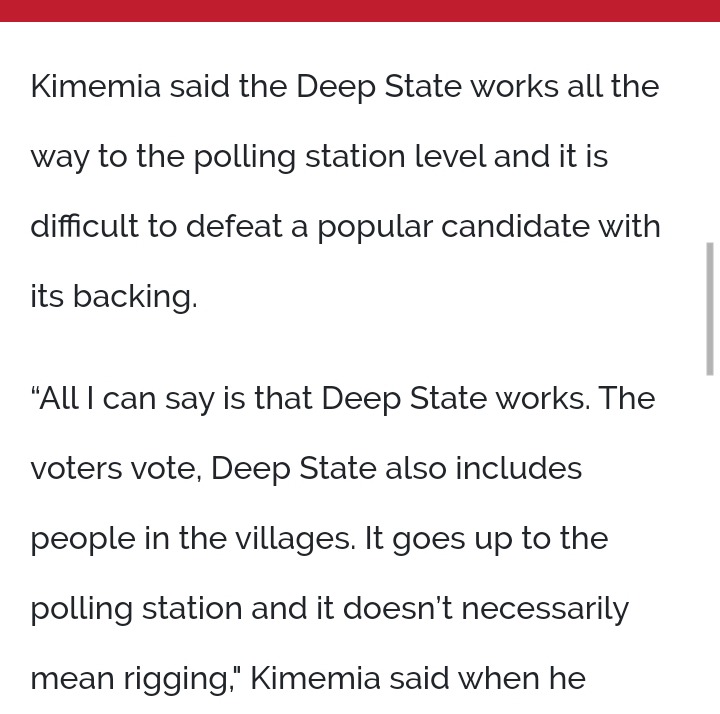 The Nyandarua Governor believes the said deep state candidate has a good chance of winning, claiming that defeating the cabal is nearly impossible.

"All I can say is that Deep State is effective. Deep State includes people from the villages as well as voters. It goes up to the polling station, and it does not always imply rigging "He stated this.

He revealed that the deep state collaborates with the international community to select the best candidate, rendering the chosen one invincible.

"The State exists, but I can assure you that it could be even deeper. If you have two candidates with a 50:50 chance of winning and the Deep State supports one, you can be certain that one will win "added the county executive.

This is bad news for Deputy President William Ruto, who has been warned that the deep state is against him and will prevent him from taking office.

He has acknowledged receiving such reports, but claims that he does not require the force because he has the support of God and the people, which is sufficient.

The DP has refused to believe that a group of people can sit in one corner and decide what happens, claiming that this is the responsibility of the voters.

According to reports, the force prefers ODM leader Raila Odinga to be Kenya's fifth President.