"This Must Stop" Raila Breathes Fire Towards State in Morning Message, Warns Them On Two Things

By MJcreativez (self meida writer) | 1 months 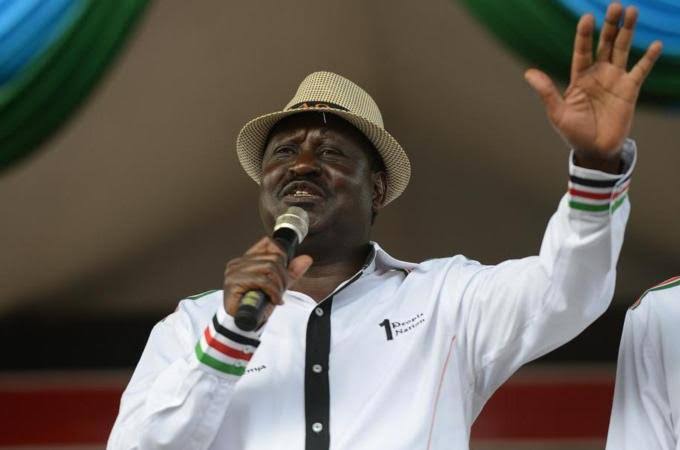 Former Prime Minister Raila Odinga doesn't shy away To call a spade a Spade. He has fought for the rights and liberation of Kenyans for than Three Decades.

In Fact He's Credited For Second liberation And Birth of Multi Party Democracy. His quest For Electoral Justice Has been his point of Focus.

Today In the Morning while Taking To his Twitter Account, The Enigma expressed his Disappointments Towards misuse of Police in Bonchari and Juja adding this was a Form of impunity and must come to an End

He states that an Election is an opportunity For Voters to express their will and Security Forces are meant to safeguard people's choice. He has Declared that He will not seat back and watch all gains under Handshake and Post 2018 Being taken For Granted

The message clearly was directed to CS Matiangi who is in charge of security and Police Force at large.Baba is not happy and has decided to Go bare knuckles

Kenyans Have urged him to Denounce the Handshake because it has not led to Election Reforms. They Believe that it's high Time He Returns To his Normal Path and Focus on real issues because they are taking him for a Ride.

Others were quick to remind him that he can Forward the message to President Kenyatta since he's just one call away.

ODM Candidate Oimeke Robert Obwoto has been declared the winner in the just-concluded Bonchari Member of National Assembly By-election. 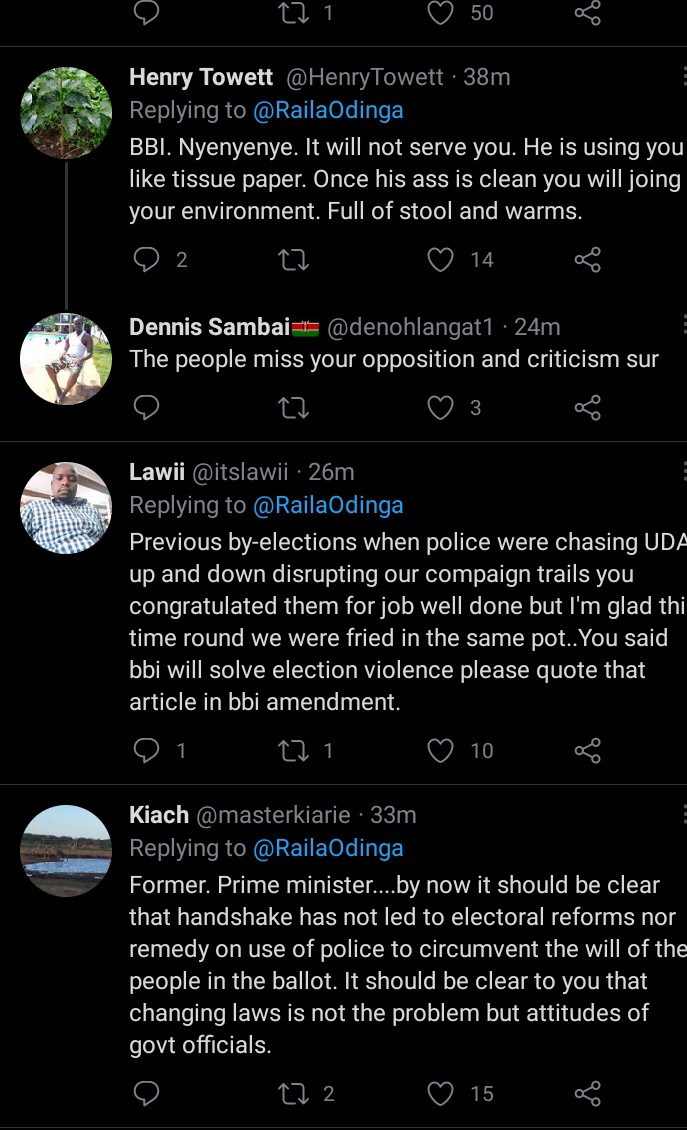 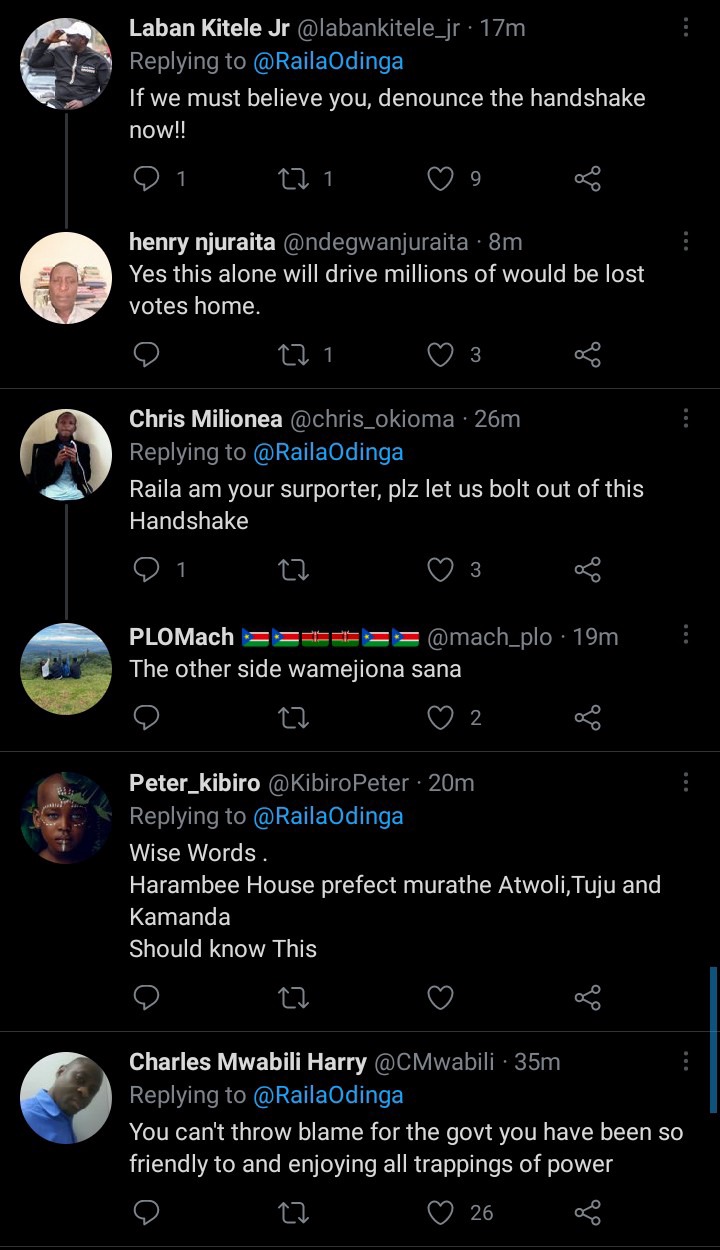 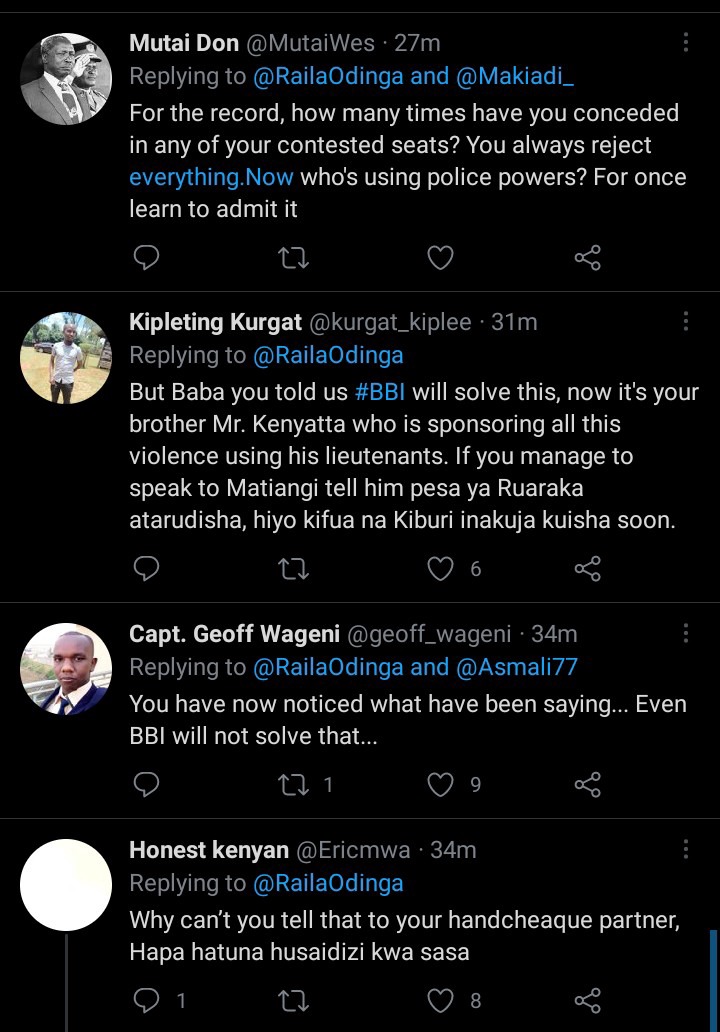