Deputy President William Ruto landed in Karatina, Mathira Constituency on Saturday morning for a tour of Nyeri County. He made his first stopover at Kangocho Primary School before making a heroic entry to Karatina Market where he addressed residents amidst disturbance caused by a section of the crowd that claimed to be comrades from Karatina University. 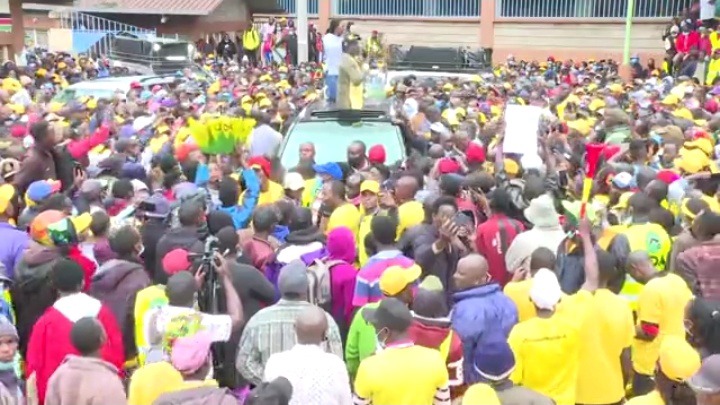 The DP began his speech by thanking the people of Karatina for the warm welcome to the region. He said that he is still thankful that they voted for him and president Uhuru in 2013 and 2017, and that's the reason he is work hard to ensure that together with Uhuru, they deliver the promises they made to the people.

"We came here with my friend Uhuru Kenyatta and you voted for us in 2013 and 2017, I am still thankful for that. That's why we are building roads and connecting people to electricity and the work is ongoing". 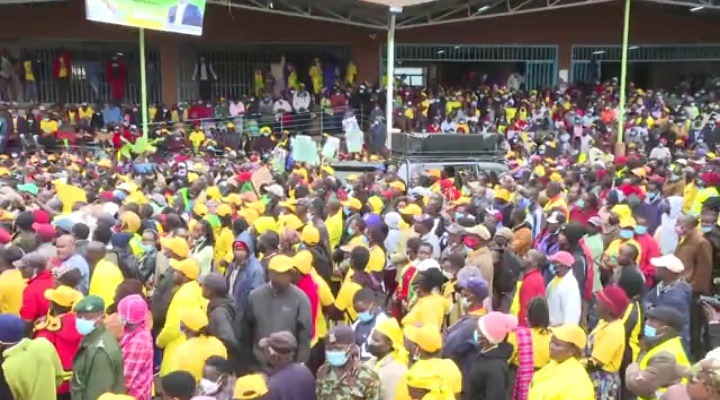 However, his speech was marred with disturbance caused by a section of the crowd who claimed to be comrades (a term used by University and college students).

At a point during Ruto's speech, the "comrades" began to shout, "comrades, comrades power, comrades" as they engaged in a push and pull as security officers guarding Ruto's vehicle tried to cool them down.

"We are after his money, hatumtambui (we don't recognise him)," the comrades shouted back (Between 19:24 - 19:27 minutes) as Ruto continued with his speech despite the disturbance. 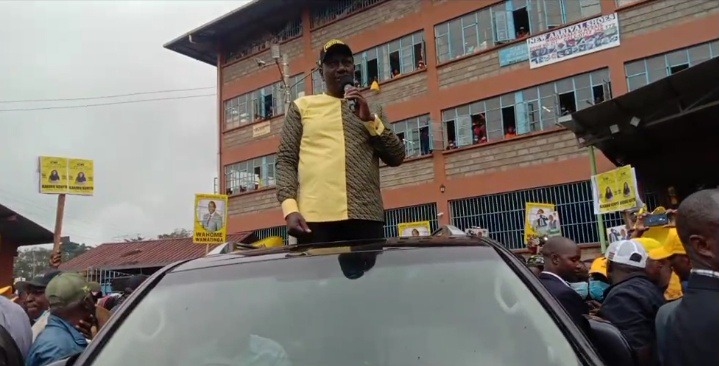