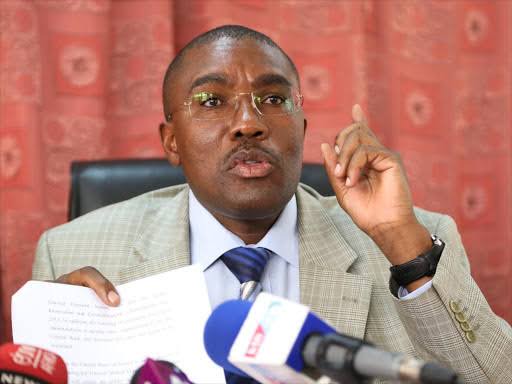 According to politician and veteran journalist David Makali, some of the things Deputy President William Ruto is doing are not normal in a serious country.

The DP is one of the most prominent political figures to have announced their intentions for the upcoming elections, in which he is vying for the presidency.

He has since begun his campaigns, with records indicating that he is among the politicians holding the most rallies in the lead-up to the election.

Makali, on the other hand, finds it intriguing that a member of the presidency appears to have left his job to pursue his own interests and goals.

He believes it is extremely unusual that the government appears to be interested in this by funding the DP's activities and campaign tours across the country.

"So we have a Deputy President whose current job description is to campaign for 2022 twenty-four hours a day, seven days a week, and the public backs him up. How did we make this abnormality normal? "In a tweet, he says.

Ruto has been active since the 2017 elections, which has enraged Uhuru, who has accused him of running premature campaigns.

Former Mukurweini MP Kabando Wa Kabando, on the other hand, has defended the DP, claiming that cutting his (Ruto) funds would be an unfair move by Uhuru.

He claims that even 'BBI principals' are campaigning with state funds, referring to ODM leader Raila Odinga, who co-founded the BBI campaign with Uhuru.

He also claims that it is too late to stop the misuse of public funds, claiming that Uhuru failed to do so earlier, despite admitting that what is going on is wrong.

"Although a valid question, it is rhetorical. WE repeatedly urged Uhuru to use the whip, but he refused; now he SHOULDN'T. BBI 'Principals' are also illegally using PUBLIC funds for their 2022 campaigns, which are state-sponsored and facilitated by the government. Abnormality was brought back to normalcy. INACCURATE, "The outspoken politician tweets.

This comes at a time when Raila is seen as a state project, with the government potentially funding his campaign activities through Uhuru's order.

Ruto, on the other hand, has refused to resign despite his disagreements with the President and his government, and continues to enjoy the benefits of his position. 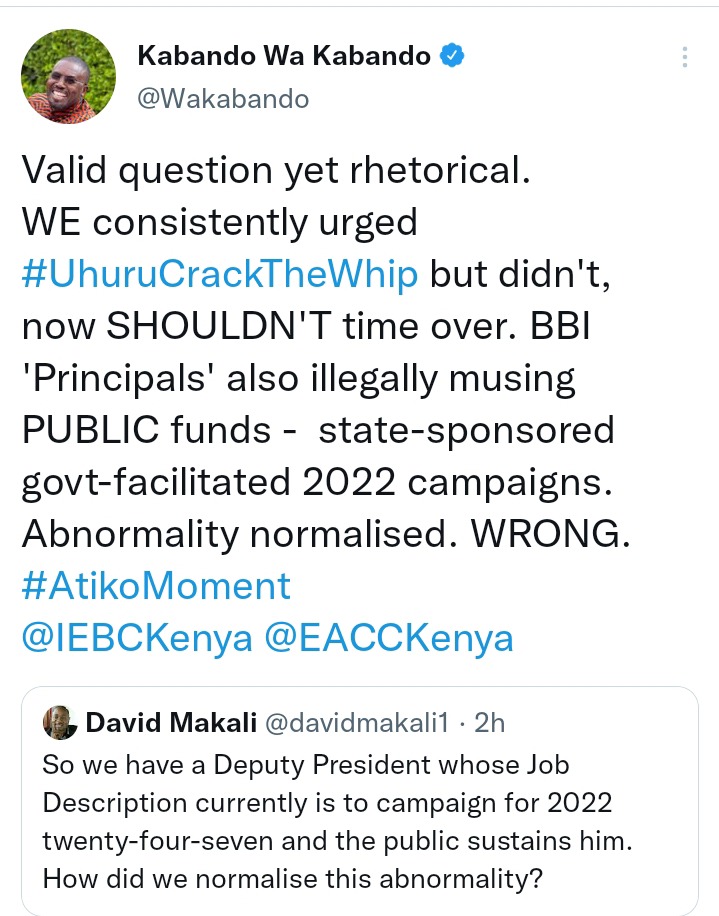