By Dekuts (self media writer) | 7 months ago

Police Officers yesterday raided Wanjigi's office at night and had him under house arrest. News sources have reported that High Court has issued an arrest warrant on Jimmy Wanjigi due to allegations that he grabbed land which his Kwacha Group of offices have been built on. 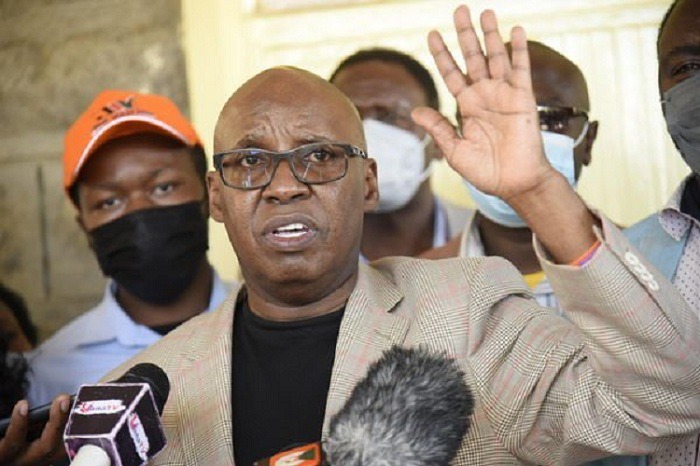 A section of his supporters resorted to protesting outside his office as they criticized the Government for frustrating Businessman, Jimmy Wanjigi due to his hard stance on ODM Party Leader, Raila Odinga. Wanjigi has insisted that Raila Odinga should retire from politics and instead endorse him as ODM Party flag bearer in upcoming Presidential election.

@citizentvkenya BREAKING: ATPU commandos break into one of the buildings at Jimi Wanjigi's Kwacha Group of Companies in Nairobi https://t.co/o8ZtxhBSKo

Just in: Huge Blow to all Kenyans as New Details Emerges About Prices of Maize Flour

I Married My Wife's Sister After She Failed To Conceive Another Child, I Have Two Wives, Desire