Insider Leaks The Secret Details of The Meeting Between Uhuru & Raila 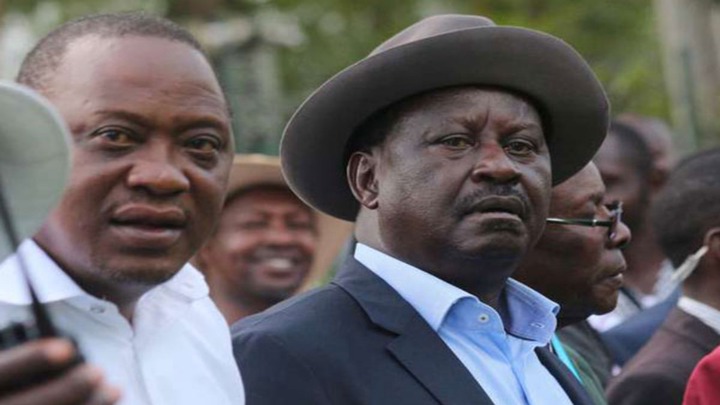 Details have now emerged on the details that former President Uhuru Kenyatta and ODM Party leader Raila Odinga might have discussed at a secret meeting in Mombasa.

In a statement, the two top leaders are reported to have held the meeting at an undisclosed location touching on the country's political situation, Azimio Coalition's future and President William Ruto's move to have the constitution amended so as to introduce the Office of the Opposition Leader.

The reports further had it that the duo are re-igniting the revival of the Building Bridges Initiative (BBI) despite it being declared unconstitutional by the Supreme Court.

"A meeting between retired President Uhuru Kenyatta and ODM Party leader Raila Odinga in Mombasa over the weekend has ignited the debate over a fresh lush for the revival of the Building Bridges Initiative BBI in the wake of President William Ruto's proposal on constitutional changes," read a statement. 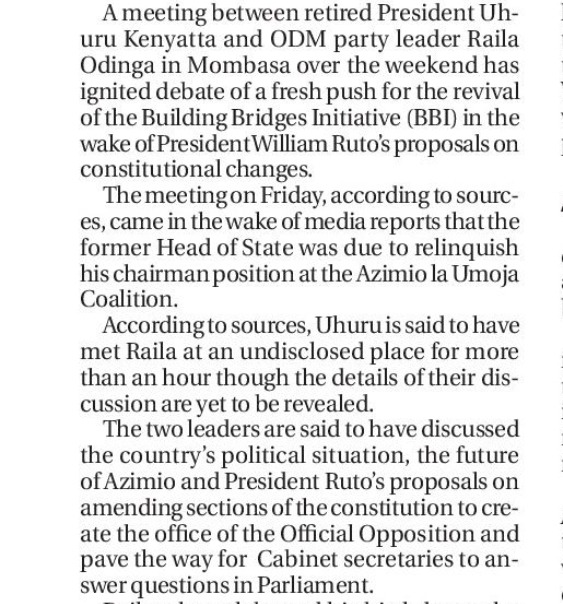 According to Mr Odinga, the changes that Ruto is proposing for, had been included in the BBI and he wondered why he rejected it back then.

"The two leaders are said to have discussed the country's political situation, the future of Azimio and President Ruto's proposal of amending sections of the constitution to create the office of the official Opposition Leader," read further the statement.