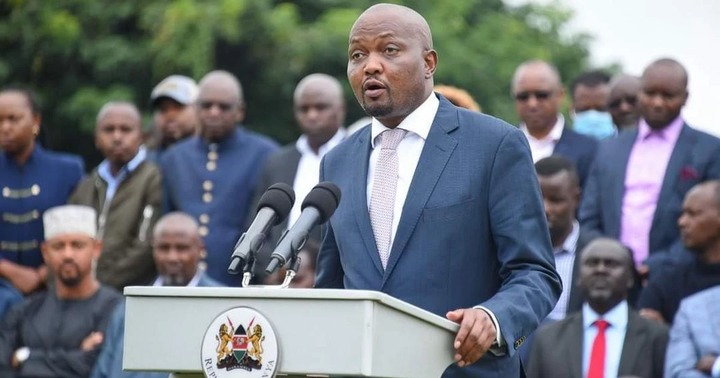 Kenyans should expect nothing but the best from Trade CS nominee Moses Kuria and his Public Service and Gender counterpart Aisha Jumwa, Nandi Senator Samson Cherargei has predicted.

This is despite the questions being raised about the conduct of the two, who have both been arraigned in court over murder and hate speech allegations, after their appointment by President William Ruto.

But Cherargei, an ally of Ruto, has defended them from those after the removal of their names from Ruto's cabinet nominees, saying that they will actually be among the best performers in the cabinet.

"Aisha Jumwa and Moses Kuria were cleared by agencies like DCI, KRA and EACC before their nomination and I predict that the docket the two hold will be the best performing,” he said on Citizen TV on Thursday morning. 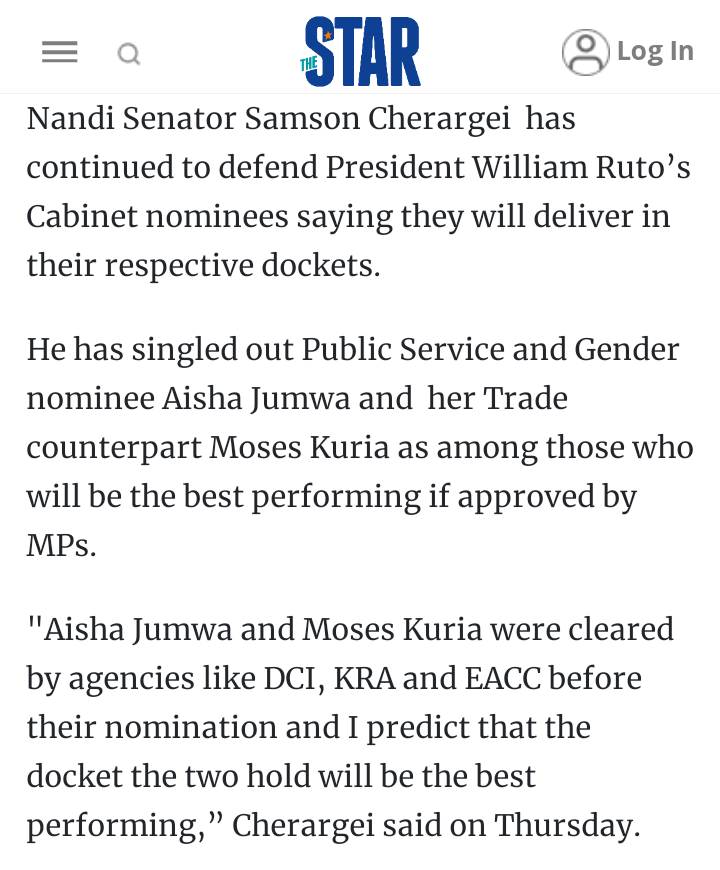 He spoke while also noting that Ruto made no fault in picking the two, and relied on clearances from the relevant agencies while settling on them.

His remarks were echoed by Kiambu governor Kimani Wamatangi, also a panelist, who also defended the two and Ruto for nominating them.

They were fighting off Nairobi senator and ODM Secretary General Edwin Sifuna, who held that the two lack integrity and should not be cleared by the parliament to hold the proposed positions.

Cherera Reveals why she Decided to Resign From the IEBC Despite Pressure to Remain.

Revealed: Gov Kihika Had Appoint 7 Out Of 10 CECs From Her Community As Court Nullify The Appointment

What Cherera Told President William Ruto During her Resignation.

Junet Reacts To Ruto's Clarification On Why He Appears In Many Judiciary Functions.

Kenyans React After The Resignation Of Cherera.

Why Juliana Cherera Cleverly Resigned Before Being Probed by the Tribunal.

Junet Respond to President Ruto over appointment of Justice Muchelule as Chairman of IEBC Tribunal.