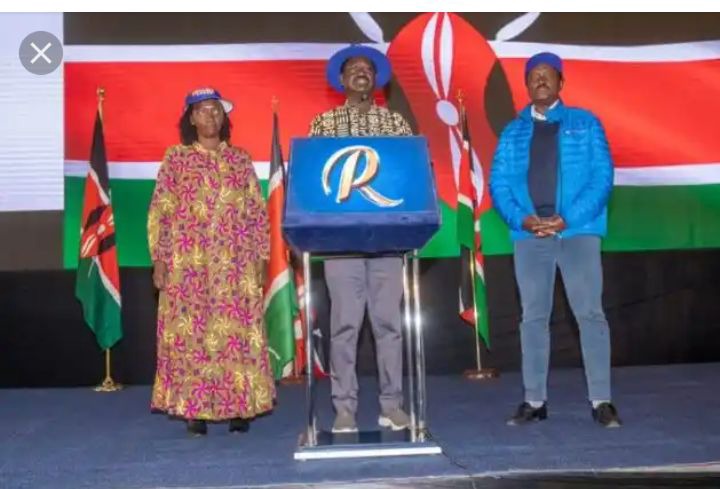 In Kenya, general elections are usually held after every five years. Since the Kenya got her independence in the year 1963, only five presidents are in record. These are; Mzee Jomo Kenyatta, Daniel Moi, Mwai Kibaki, Uhuru Mwigai Kenyatta and the current President William Samoei Ruto.

Honorable Raila Amollo Odinga is a very popular politician in Kenyan history. Odinga had made five unsuccessful attempts to clinch to the presidency seat.

After the conclusion of the electoral tallying process which took place at the Bomas of Kenya, it was revealed that Odinga lost again against honorable William Samoei Ruto.

In what is seen as a reward by Mr Odinga to his long friend Mr Kalonzo Musyoka, reports leaked that there are some signs showing that Mr Odinga is grooming the Wiper boss for the presidency race in the forthcoming general elections.

According to the Taifa Jumapili Pwani, it has been alleged that Mr Odinga is secretly grooming the Wiper boss for the 2027 general elections. 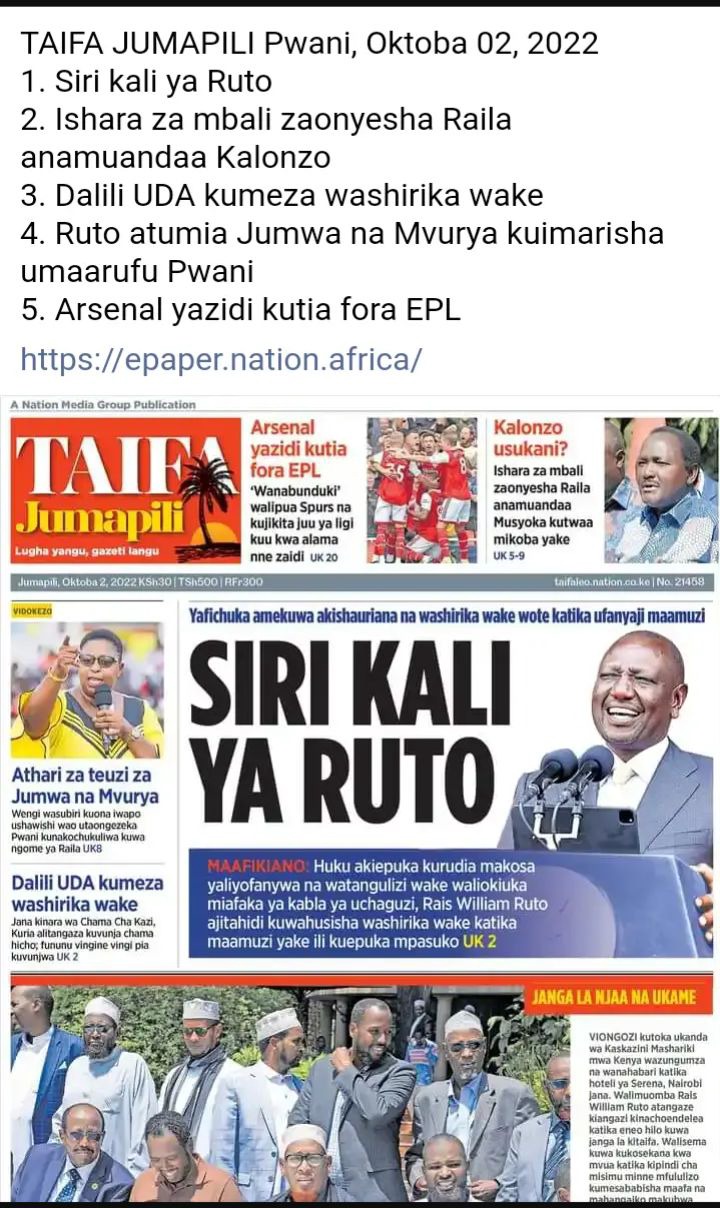 What Raila Odinga Said about The Embattled Four IEBC Commissioners at Kamkunji Grounds.

Bad News To Ruto As He Is Warned, Told Raila Is After Doing To Him What He (Ruto) Did To Uhuru