Today's Newspapers : It's You, No It's You, Blame Game Hits Uhuru's Camp Over Poor Showing In Polls

By Zerofivek.co.ke (self meida writer) | 29 days 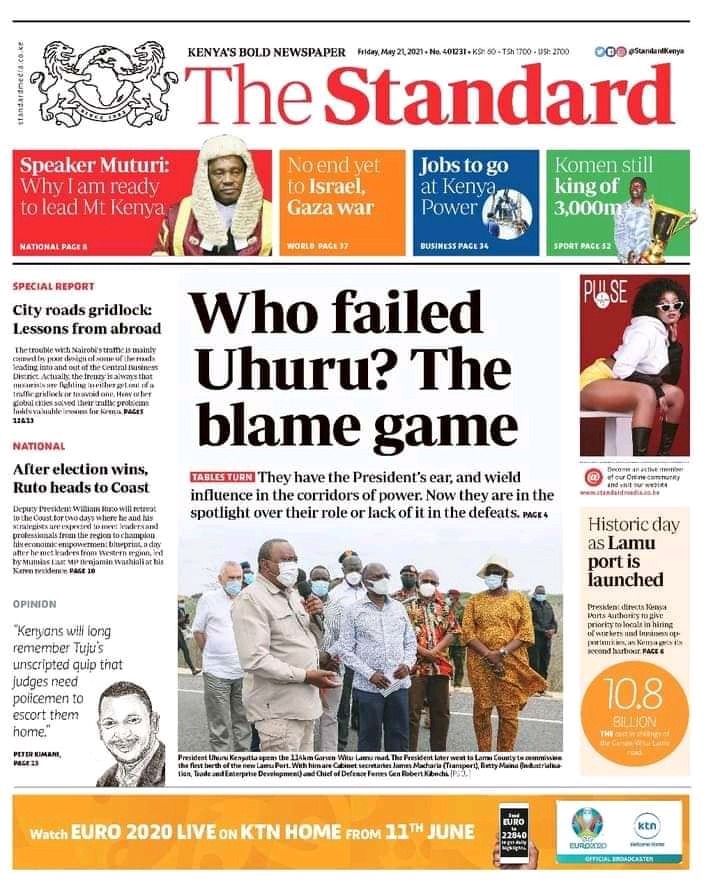 Who failed Uhuru? The blame game. They have the President's ear, and wield influence in the corridors of power. Now they are in the spotlight over their roles or lack of it in the defeats. National Assembly Deputy Majority Chief whip Maoka Maore has blamed the poor showing of Jubilee in the Tuesday by-election on president Uhuru Kenyatta sidelining politicians in favour of civil servants. 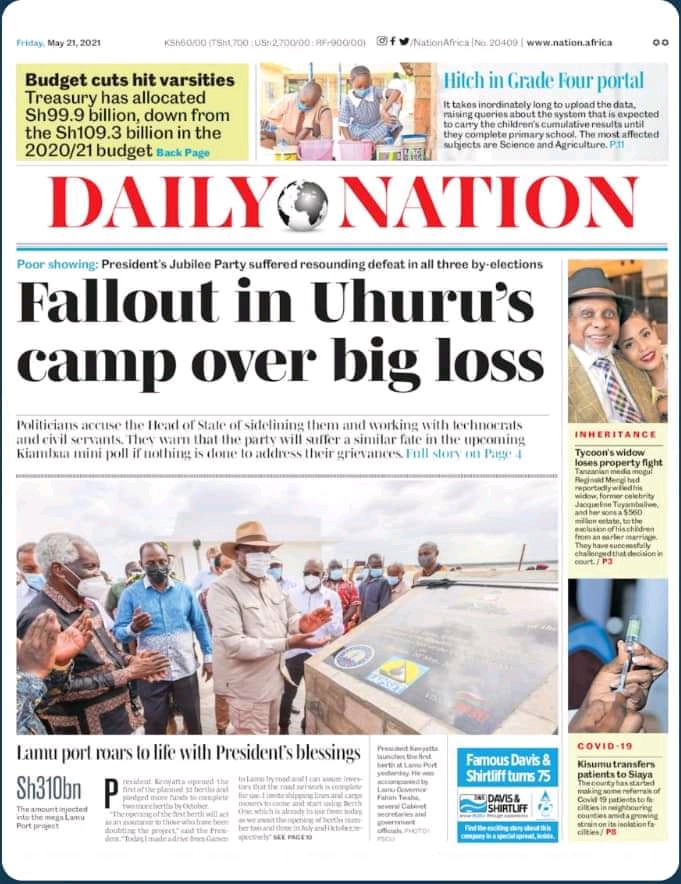 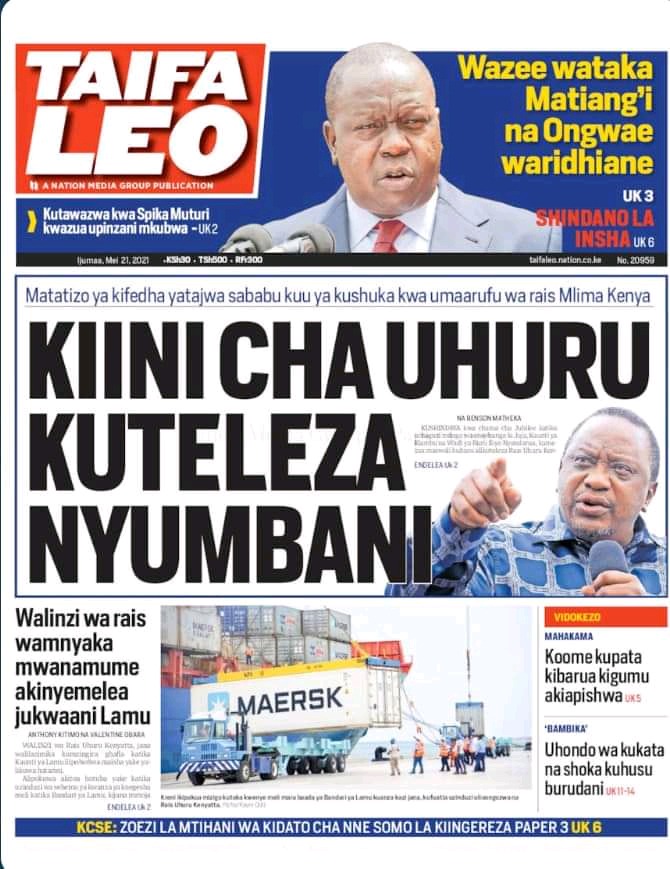 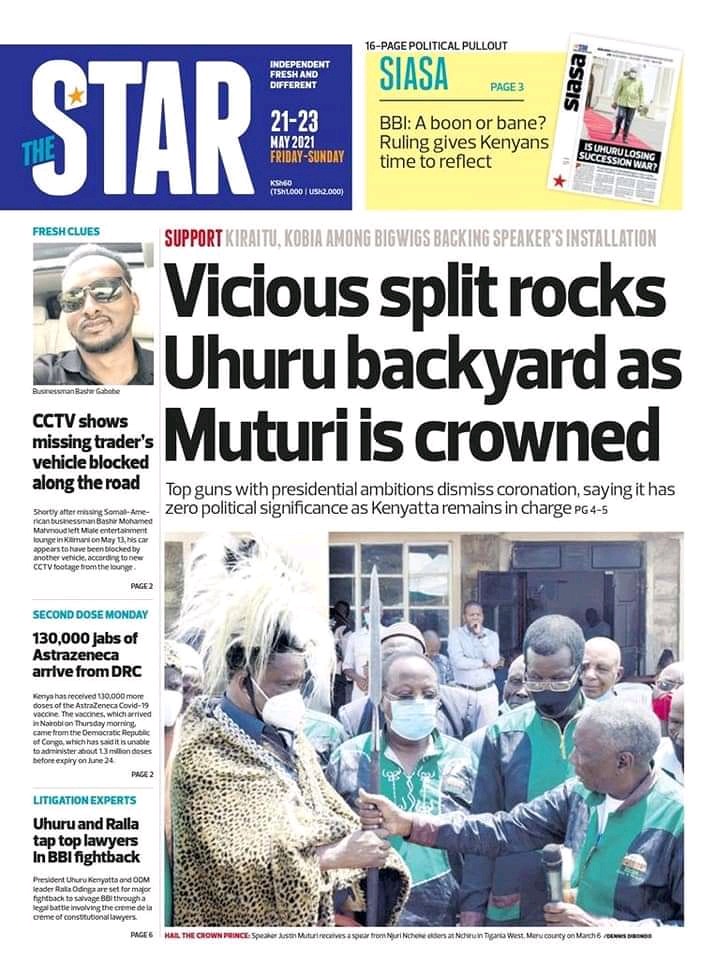 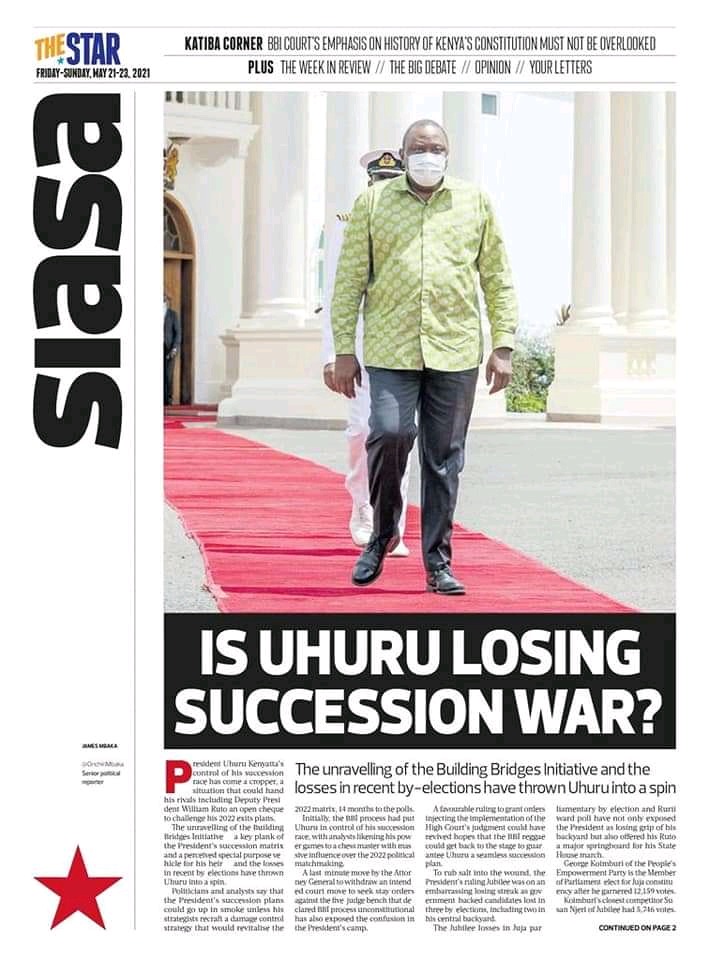 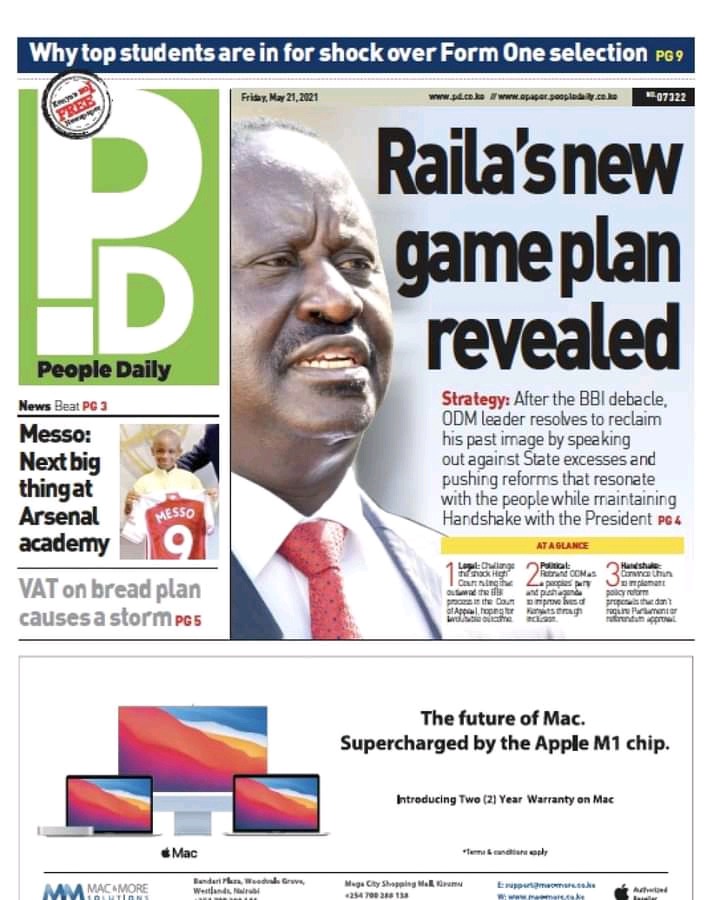 Raila New Game Plan Revealed. After the BBI debacle, ODM leader resolves to reclaim his past image by speaking out against State excesses and pushing reforms that resonate with the people while maintaining handshake with the President. 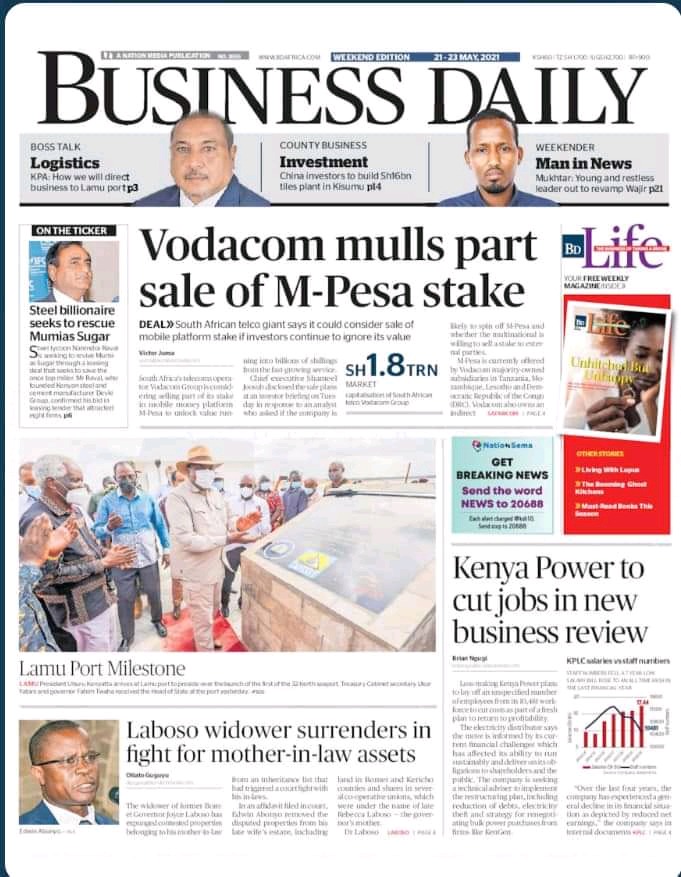 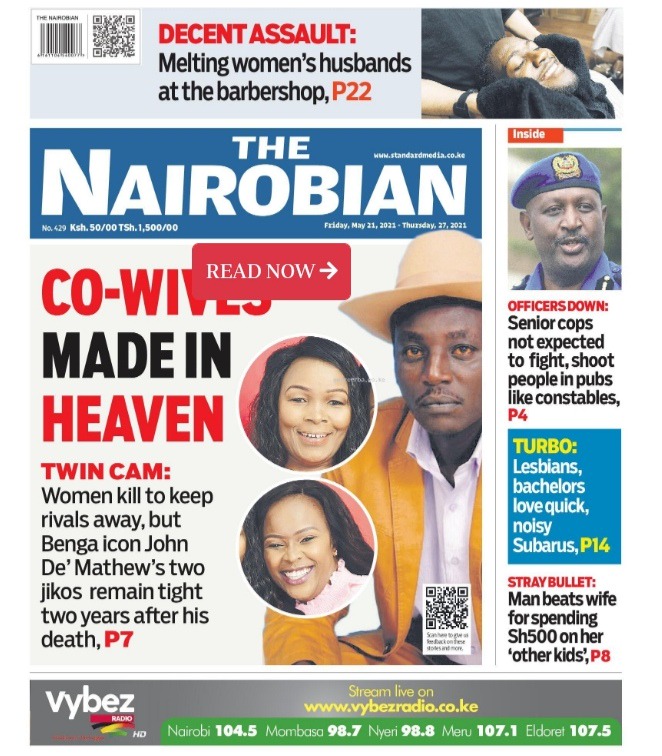 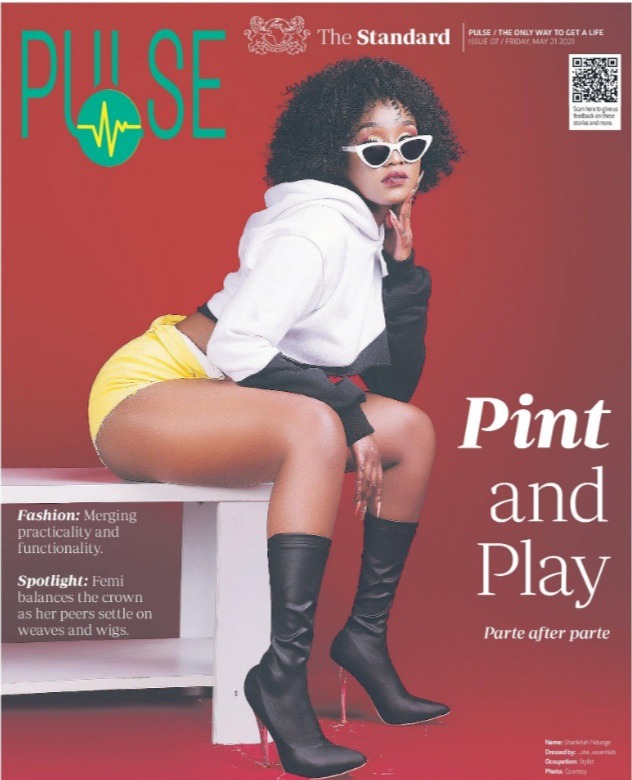 Content created and supplied by: Zerofivek.co.ke (via Opera News )