By ElvanisRonoh (self meida writer) | 29 days 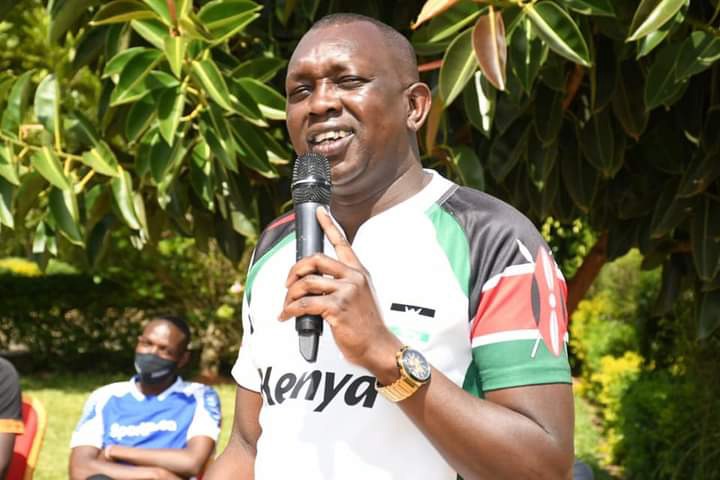 Kenyans have reacted after Kapseret member of parliament Oscar Sudi wrote this on his Facebook page.

Through his page Sudi wrote "My message to Gideon Moi following recent report that we are both mute in parliament. Video loading shortly,"

This is after a report showed that the two have never spoken in parliament and senate respectively.

Sudi is a staunch supporter of the deputy president William Samoei Ruto who had declared his interest for the 2022 presidential seat.

He is also a big critique of president Uhuru Kenyatta's administration and the Building Bridges Initiative (BBI).

Ahmad Daudi says "You could have used the same energy in debating in parliament..you have so many teeth donate some,many are dieing toothless," 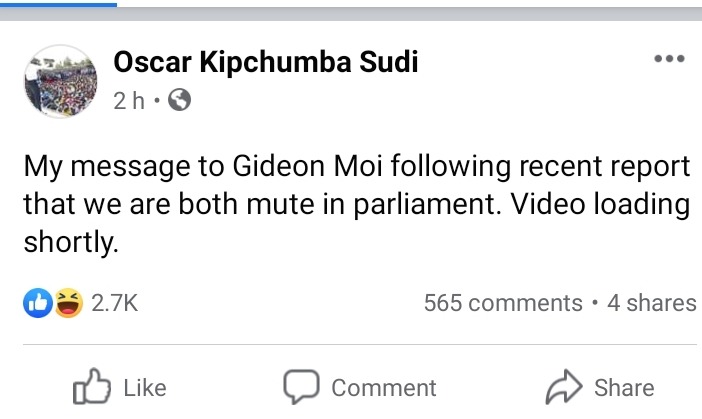 Ronald Kip says "Report reaching us today says you have never spoken in parliament for the last three years. So stop this side shows and if you must address Gideon Moi do it in English.....,"

Hon Victor KP says "SUDI is good at barking on the social media but not in the Parliament.. Sad he is not appearing anywhere in the list of best performing MPs. That's good indication that Wheelbarrow movement won't go anywhere.Earth is hard SUDI... Think of a business you will do after 2022,"

Vinnie Korir says "BBI should include vernacular translators to offer fair ground during debate in our National assembly,"

Anderson Kibet wrote "Am waiting for it , but make sure you speak English since I know you can't even construct one sentence in English,"

Duke Ombuna says "Seems today you are so idle. The message for Gideon Moi I request you to speak in English because he doesn't know Kiswahili,"

Bungei says "Dont accuse our Hon mp Sudi coz God uses the weak vessels to undermine the pride n knowledge of men stop too much Englandism we r Africanas plz,"

Rip, Sad News As A Young 12-Year Old Boy Who Was Brutally Murdered Is Laid Down To Rest (Photos)

Ngunjiri Wambugu Reveals How Ruto Can Win In 2022 As Fight For Mt. Kenya Votes Intensifies