Two Independent Electoral and Boundaries Commission officials have been arrested after they refused to count votes from different polling stations. The two were a presiding officer and his deputy who were maning the elections at Kisauni Constituency, Mombasa County.

They have now been put in custody for sabotaging the vote counting process in the whole constituency while the nation is waiting for the results. It is said that the duo were supporters of a certain candidate who failed to garner high votes as they had thought. 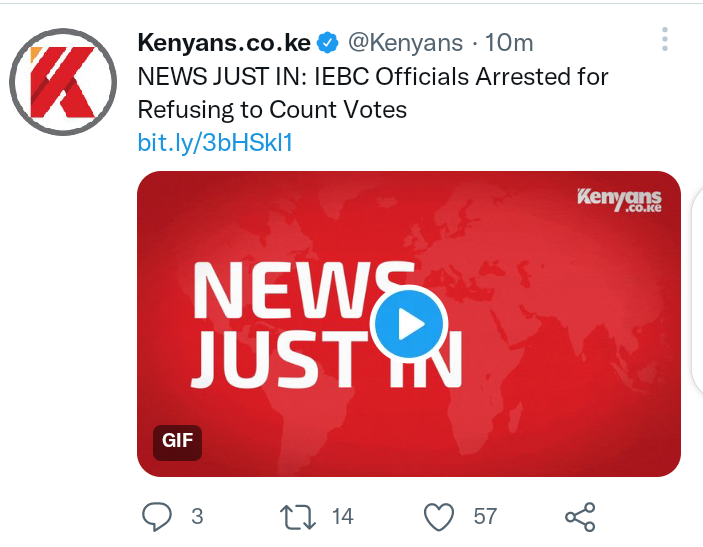 The officer who was identified as Ibrahim Wario was reported at Nyali Police Station after refusing refused to count the ballot papers at the polling station even residents came to demand that the votes be counted for them to the results.

The police responded faster to the sabotage that was created by the two and arrested them for failing to conduct their job as they had agreed and declared according to IEBC act.

"The suspects are already in police custody awaiting to be arraigned in court to face relevant charges," the police stated.