2022 Race Intensifying As Another 'Political Vehicle' Is Launched In Kenya.

By jupiternews (self media writer) | 9 months ago

It is one year to the highly anticipated general elections in Kenya.As the clock gradually ticks towards the polls,Kenyan political terrain is abuzz with realignments, defections and restructuring. 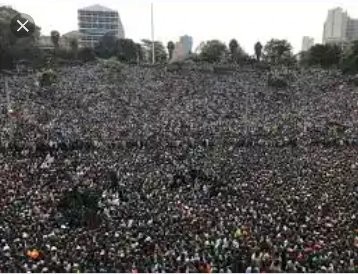 A mammoth crowd at a past political rally.

Several key politicians have boldly declared their intentions to vie for various elective positions in the forthcoming elections.The key area being watched keenly by millions of Kenyans is the presidential seat.Several politicians have expressed their ambitions for this top seat in the land. 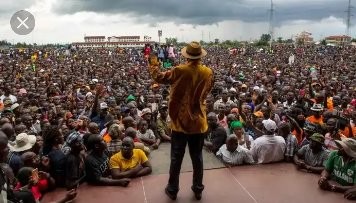 With all these bee-hive of activities, several political outfits are also emerging from the blues.Apart from the One Kenya Alliance, another new political formation has been launched.

The Movement United for Super Action(MUSA) Party of Kenya has been launched in Nakuru.The party whose slogan is 'Raslimali na Kazi' that loosely translates to 'Resources and Jobs' has been launched solely to inject new blood in Kenya's mainstream leadership. 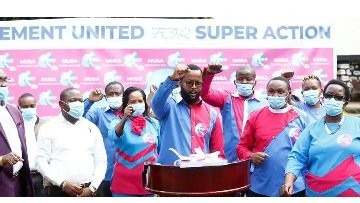 MUSA Party Of Kenya members during the party's launch in Nakuru.

The party has outlined has outlined Justice for all, economic and social intervention, youth empowerment and fight against corruption as it's key pillars ahead of 2022 general elections.

The party has declared that it will soon embark on nationwide party membership registration and will eventually field candidates for all elective posts come next year.

Some key officials of the party are:

It is still not clear whether the new party has an affiliation to any key political bigwigs in Kenya.

Are We In The Same Race With Azimio? Kuria Predicts August 9th Presidential Results

Writings That Netizens Spotted on Atwoli's Cap that have caused Stir online.

Why Loners Tend to be More Intellectual and Loyal Friends

Boniface Mwangi Drops A Powerful Message To DP Ruto Over His "Mganga" Remarks.

Martha Karua Praises Herself, Citing Why Raila Picked Her as His Running-Mate