By Description (self media writer) | 4 months ago

Two Kenya Kwanza governorship aspirants in Murang'a engaged in a fight which resulted to the destruction of campaign vehicles. At the same time, some of the members in the campaign trail were injured. This ugly incident was between Irungu Nyakera of Farmers Party and former Water PS Wairagu wa Maai of Democratic Party (DP) ticket.

Irungu Nyakera has explained that his caravan was on a campaign tour in Gaturi ward and that is when his supporters ran into Wairagu Wa Maai’s campaign trial in Gaturi and a scuffle ensued. Irungu Nyakera said that it was Wairagu’s supporters who allegedly attacked his vehicles and broke the windscreens. Nyakera also made sensational claims that some of the attackers were armed with machetes. He added that they have recorded a statement with the police as some of the people are currently in hospital. 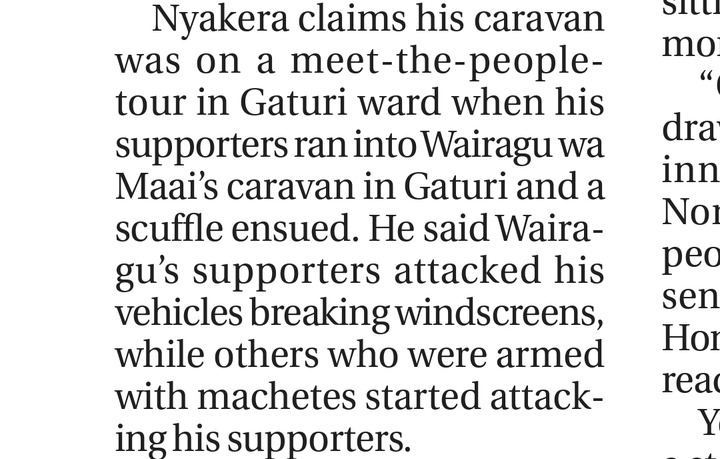 “As a result, a few people were injured and they were taken to hospital for treatment and they also recorded a statement with the police,” he said.

Nyakera further claimed that Wairagu was touring the area but instructed his supporters to cause mayhem. However Wairagu said that Nyakera is to blame for the incident for planning a rally in the same area they were touring.

“We had followed the due process in planning for the tour and had notified the police but Nyakera decided to follow us on the same route,” Wairagu said. 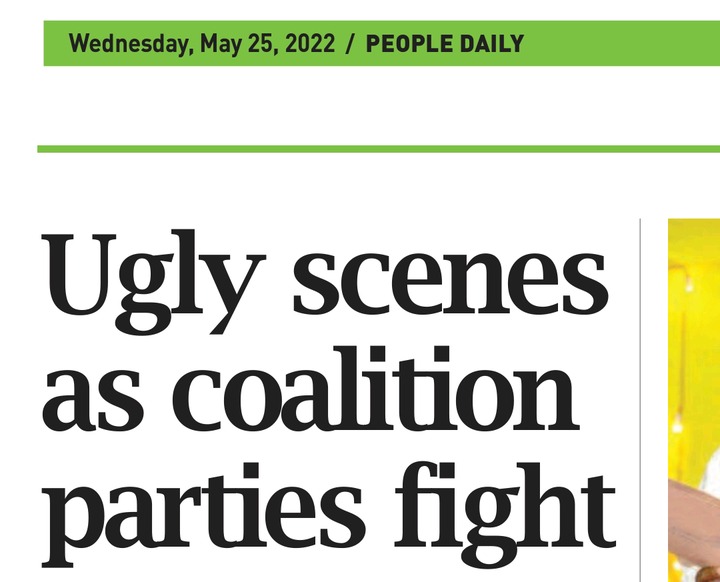