You Remember Viral Photo Of Atwoli Fleeing The Country After Presidential Results? See His Response

By Orimbatyson (self media writer) | 5 months ago 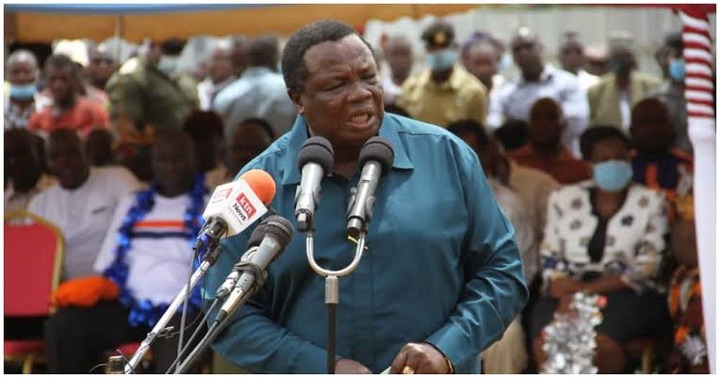 The Central Organisation of Trade Unions (COTU) Secretary General Francis Atwoli has strongly denied reports that he had fled the country after presidential elections. In his statements, Atwoli dismissed the allegations that he had left due to political pressure associated with the presidential results. The outspoken leader, flagged a photo of him at foreign airport as not true for he is still in the country.

Disclosing the truth behind the viral picture, it was taken when he had travelled to Malaysia. According to him, the picture is old and was taken on his arrival at Kuala Lumpur in Malaysia. The viral picture circulated in the Kenyan social media platforms insinuating that the COTU leader was leaving the country after provisional results showed that Azimio La Umoja presidential candidate Raila Odinga, trailing his greatest contestant William Ruto, the Kenya Kwanza flag bear. He also dismissed claims that he had ordered some social media platforms to stop displaying presidential results tallying. 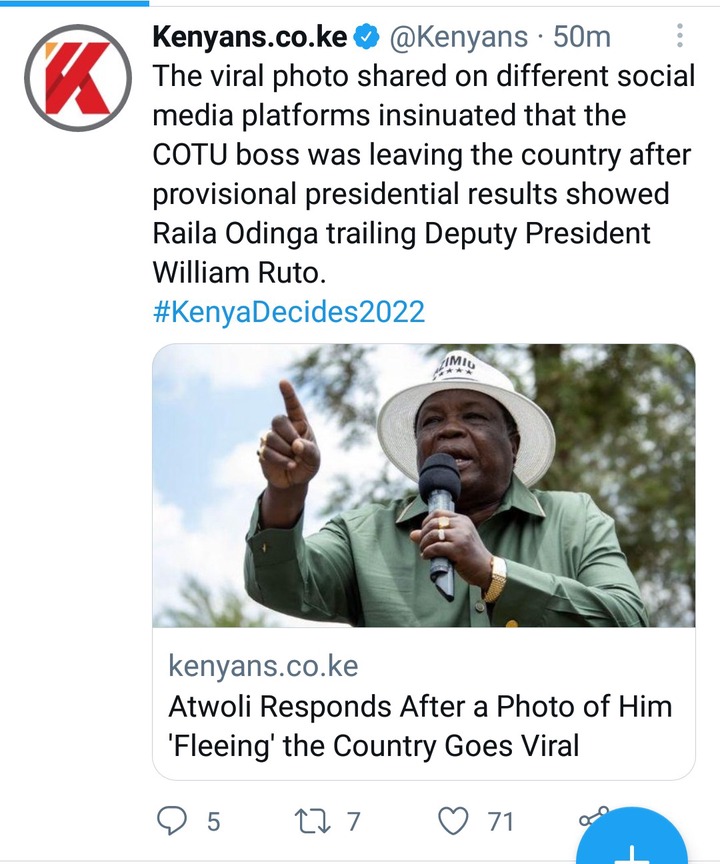 In his political stand, Atwoli is among the leaders who endorsed Raila for presidency and part of the campaign team that popularised Raila across the country. In the meantime, than you for reading my article.