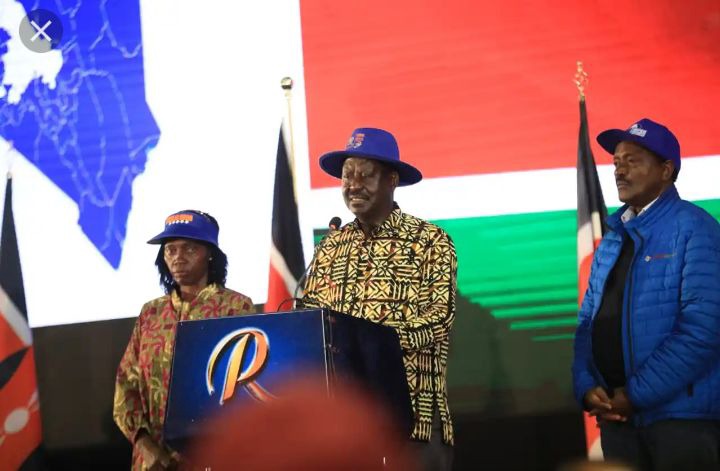 Since the year 1963 when Kenya got her independence, several general elections had been conducted with only five presidents in history.

Ruto was elected in the just concluded last general election under his UDA party which is a key pillar in their Kenya Kwanza Alliance coalition.

He won in a very stiff competition that was seen between him and his counterpart the Azimio La Umoja-One Kenya Alliance flag bearer Honorable Raila Amollo Odinga.

Odinga's Azimio La Umoja-One Kenya Alliance tried by all means to challenge Ruto's victory at the Supreme Court of Kenya though they did not succeed as the Supreme Court Judges led by their boss Chief Justice Martha Koome upheld Ruto's win claiming that Odinga's legal team did not provide enough evidences that could be used to nullify Ruto's win.

After the declaration of Ruto as the President-elect by the Independent Electoral and Boundaries Commission, some of the independently elected leaders and some Azimio affiliated leaders were reported to have joined his Kenya Kwanza Alliance.

Some Azimio affiliated leaders like the Kandara Constituency politician honorable were also reported to have joined Kenya Kwanza Alliance camp after the Ruto's swearing in.

In what is seen as another blow to Odinga-led Azimio, another prominent leader honorable Alinur Mohammed who vied for Kamukunji Parliamentarian seat on the Azimio ticket in the just concluded last general elections have hinted joining Ruto's camp.

According to his official Twitter Handle, Alinur Mohammed said that he met President Ruto before and realized that he is a good leader.

He further stated that he is ready to support President Ruto in delivering the services he promised Kenyans during his campaigns. 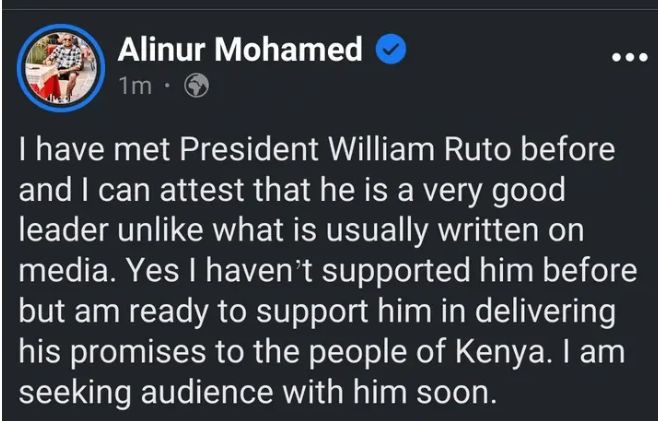 Gallant KDF Soldiers Receive Awards From Outside the Country, Feted For Military Achievement