Opinion: Here's A List Of Presidential Aspirants That President Uhuru Is Likely To Endorse Come 2022 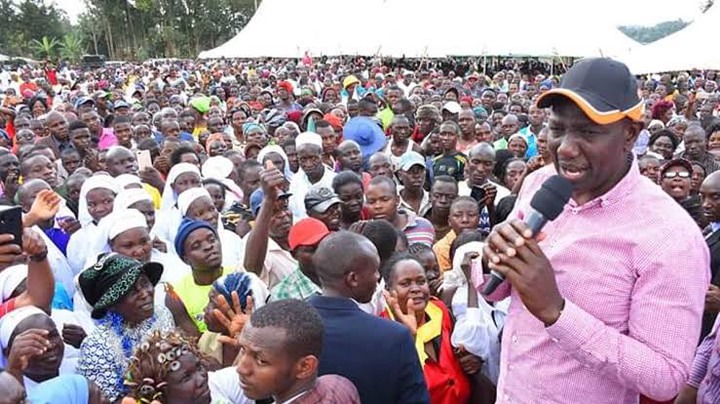 Elections are still months away but the political struggle and heat in the country is getting stronger day by day. Unofficial political rallies are being held by the politicians looking for re-election and those running for the first time. Arguably the highest seat in the country is the seat of the president. It is currently being eyed by a number of leaders who are looking forward to win it. The ODM leader Raila Odinga, being of the aspirants, has been conducting political tours around the country to sell his political agendas and ideologies and mobilize the people to supply his presidential bid. The deputy president William Ruto has also been conducting political tours as he sells his bottom up economy ideologies and political agendas.

The former Prime Minister has been a close friend to the president Uhuru after their famous handshake in 2018. The president has supported him in many occasions and he may therefore be the most preferred candidate to president Uhuru Kenyatta and therefore he may endorse him to be his successor.

He is the KANU party leader and son to the late former president Daniel Arap Moi. He enjoys a great relationship with the Kenyatta family. He is on of the OKA leaders looking to run for presidency next year. President Uhuru Kenyatta may therefore endorse him just like Moi endorsed him in 2002.

The deputy president William Ruto formed the Jubilee government with president Uhuru Kenyatta from 2013. He supported president Uhuru Kenyatta and helped him win the presidency. They have not been in good terms lately and their deteriorating relationship has led to fall out in the Jubilee party with the DP joining the UDA party. However, to honor his promises the president may surprise the country by chosing him as his preferred candidate and campaigning for him to succeed him.

Who do you think the president will endorse to succeed him? Feel free to leave your thoughts and opinions in the comments section below. You can as well like share and follow.