By NatashaNews (self meida writer) | 15 days 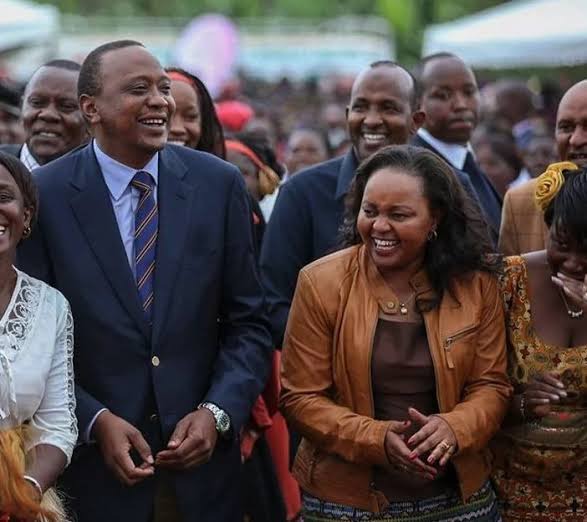 Kirinyaga County governor Honerable Ann Waiguru has penned a letter to Jubilee party leadership today. In her post on social media, the governor has advised the party to open both ways in order to allow those who ditched the party to come back and help in improving the standards that were set ten years ago. She has claimed that, several people who left the party made shift from the main agenda it they had 10 years ago.

Her advise might anger president Kenyatta who is seemingly not interested in welcoming back those who left the party. Tangatanga allied member of Parliament were vocal within the rullig party before switching positions after massive leadership changes within Jubilee Party. They claimed that, they were being intimidated for supporting the deputy president William Ruto who is plotting to become the president come 2022.

President Uhuru Kenyatta who is the party leader has on different occasions changed the leadership in both national assembly and Senate. Something that he claimed was due to smooth service delivery to the people. He claimed that, those leaders who were replaced were doing a lot of politics instead of serving people.

Well, the whole idea of allowing those who left the party might anger the president whose focus is on Handshake and building bridges initiative. He is not yet ready to welcome back those opposing him now. 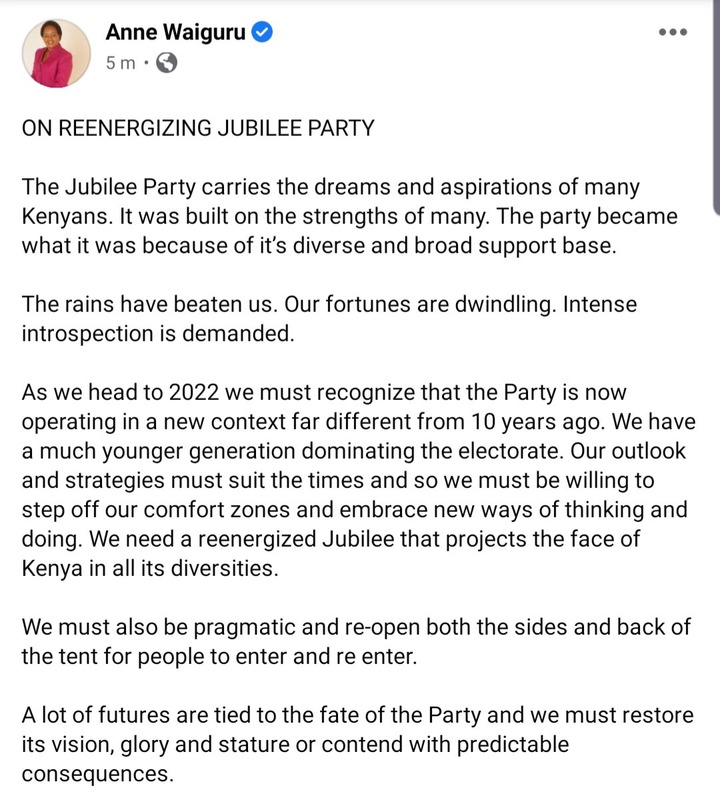 ODM MP Reveals What Happens In The Parliament The Moment They Start Debating serious Matters,