Was there Any Justification for Killing Gaddafi? 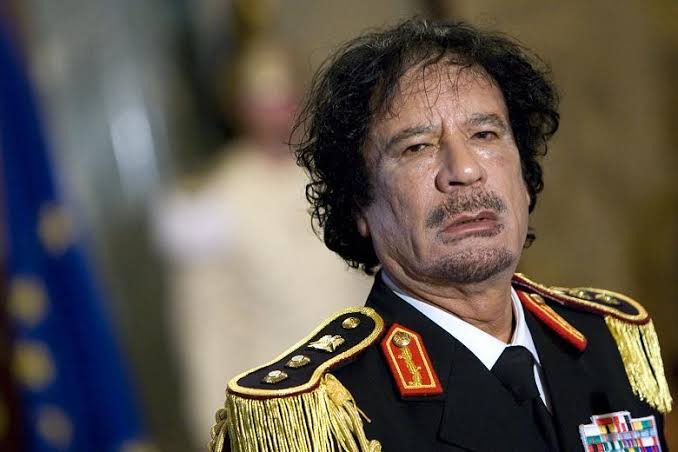 Colonel Gaddafi, a Libyan revolutionary and a political theorist ideologically committed two Arab nationalism and Arab socialism, why was he fallen?

An African leader who had vision for United States of Africa, why was the West against this great son of Africa? Why?

He transformed Libya into a new socialist state, state of the masses. 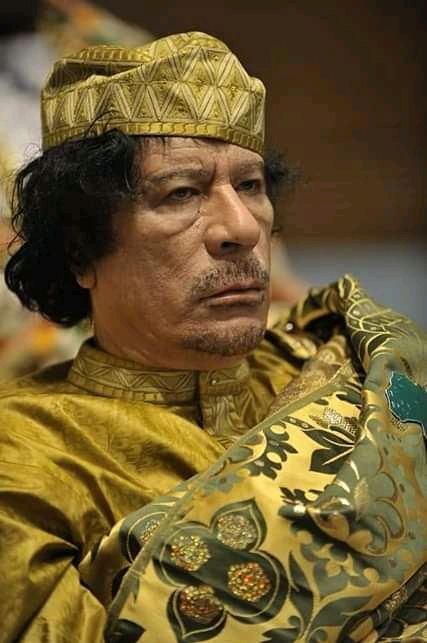 He nationalized the oil industry and used the increasing state revenues to bolster the military, fund foreign revolutionaries and extensively implemented social programs, healthcare and education.

Libya's late leader Gaddafi's bad relations with Western countries that orchestrated for his death started from his alleged responsibility for the Lockerbie bombing in Scotland which left the North African country isolated on a world stage.

A hostile relationship developed with the United States of America, United kingdom and Israel

His death in Sirte came by after the North Atlantic treaty organization NATO intervened militarily to suppress the civil war that was being experienced in Libya.

The means in which Gaddafi was done away with is not justified in any way. Although the downfall of a dictator is always welcome but the means used remains in question.

He was not the worst in his genre but for 42 years he did something commendable. 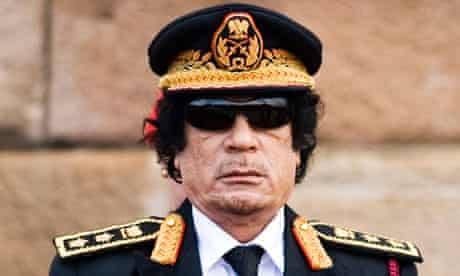 After posing the question of whether the Libya's forty-two-year-old ruler's death had any tangible and sound reason on social media comments streamed in in their hundreds.

Everybody had at least something to say and reactions in the comments section were as follows: 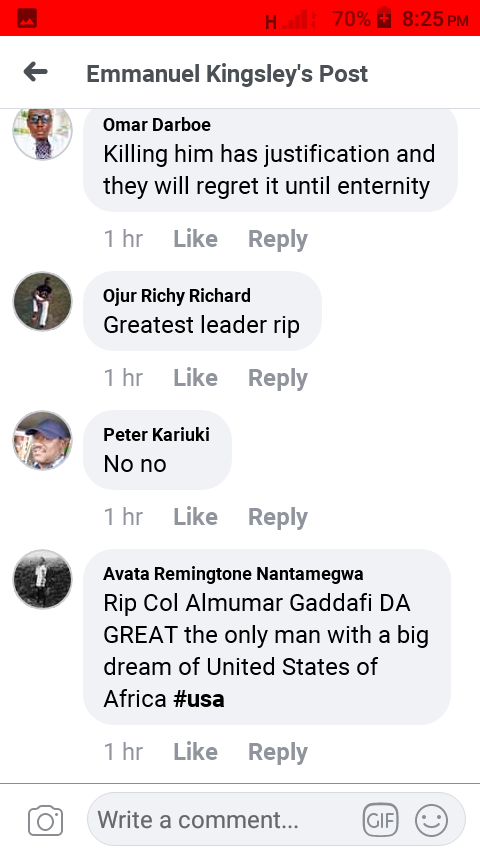 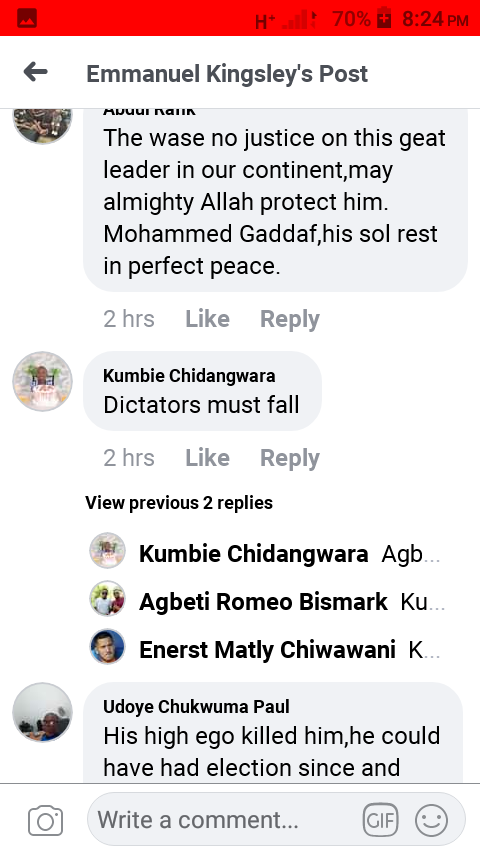 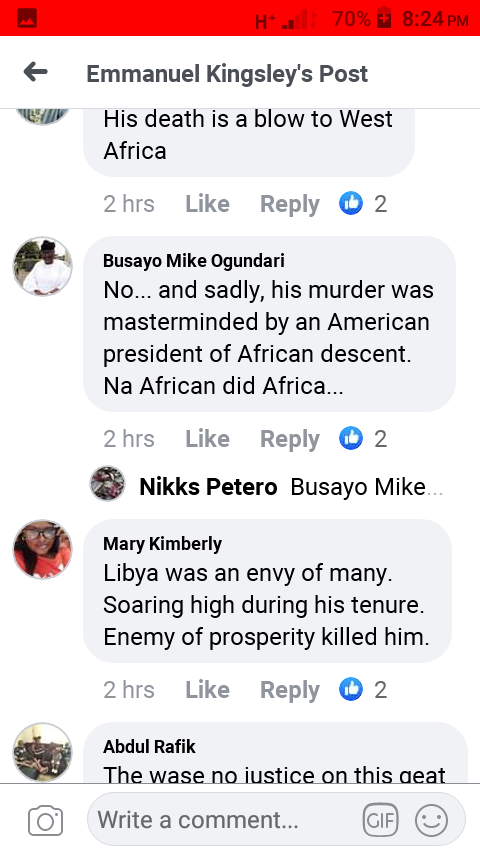 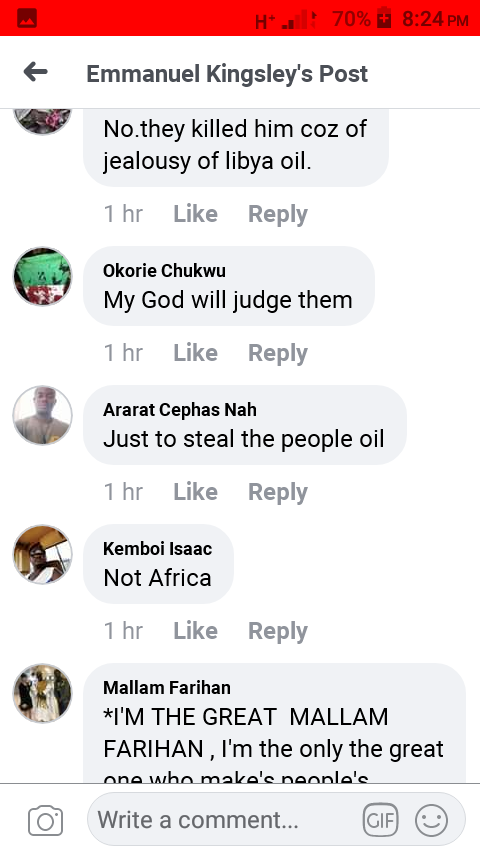 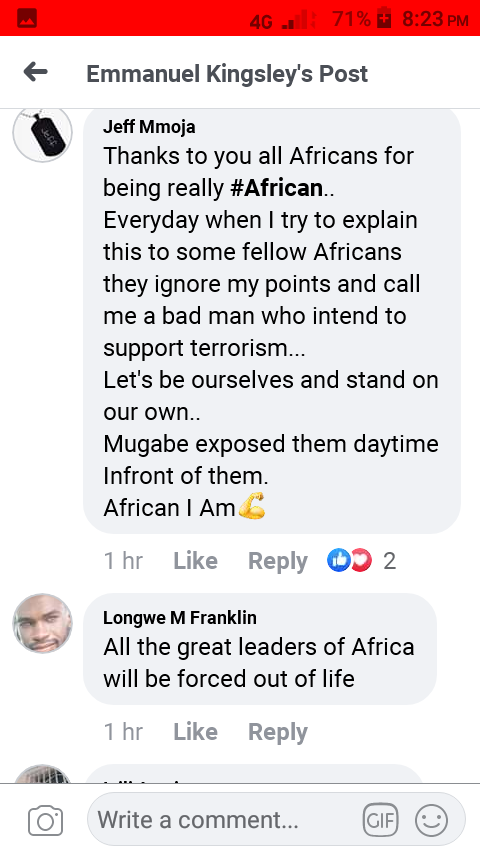