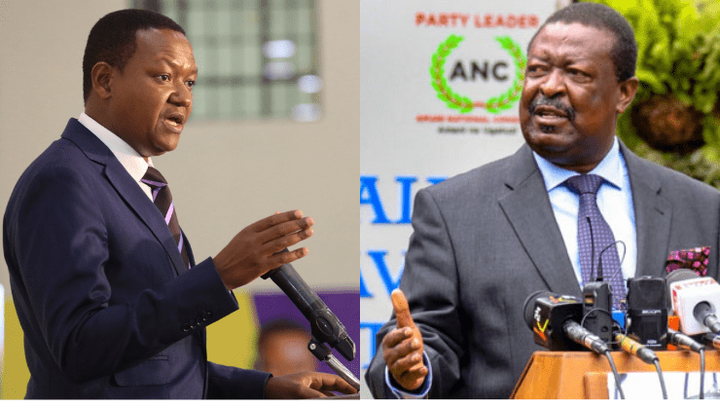 Machakos County Governor Dr Alfred Mutua has taken a swipe against Amani National Congress (ANC) party leader Musalia Mudavadi, accusing him for threatening Kenyans that life is going to continue being hard due to huge foreign debts even in the next government.

Speaking on an interview with Citizen television, Mutua accused Mudavadi for being a coward about the economic situation in the country and at the same time eyeing for presidency. He argued that Kenya does not need such kind of a person to lead it, but it needs someone who will give hopes to Kenyans that things are going to change not the one who is threatening them.

"Our economic status is not good and that's a fact and we need someone who change the situation and give Kenyans hope of a better future. But sometimes I wonder with some people who want to be president in this country, like I saw the other day you interviewed one of them who was just threatening people."

"He said that life is going to be more harder even in the next government if he is elected because of the huge foreign debts. We don't need a president like that because he is already a coward how can he lead a country." He said.

Mudavadi who is among the 2022 presidential aspirants, was the one who was recently interviewed by Citizen television on Tuesday night where he told Kenyans to prepare for a more hard situation in future, because of the huge foreign debts which needs to be repaid even in the next regime. He argued that he don't want to promise Kenyans miracles when it is actually clear that there are huge foreign debts which have to be paid back.

Kenyan Midfielder Featured for 90 Minutes in the Spanish Segunda Division