By ronaldcharley (self media writer) | 19 days ago 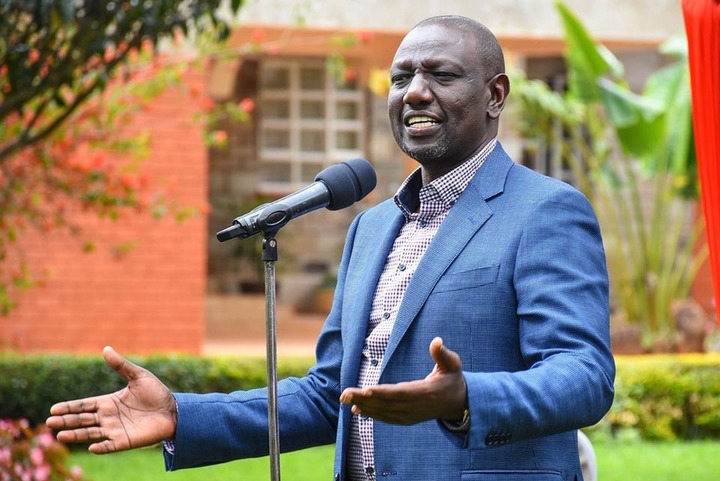 A man excited a crowd during Deputy President William Ruto’s meeting after what he asked Ruto to do for leaders from Kisumu County.

Ruto was speaking at the Susan Owiyo Arts Centre in Kisumu West when a man stood as he shouted he wanted to ask the DP a question.

“Baba iko Swahili” said the man as he tried to get Ruto’s attention before the DP allowed for him to be given a microphone.

The Kisumu man who revealed he is a candidate under Ruto’s UDA come 2022 elections asked Ruto not to abandon politicians from Kisumu who are supporting his bid.

The crowd went wild as the man told the DP if he emerges victorious in the presidential race, he should not forget Kisumu politicians who have campaigned for him.

Ruto was further asked to tell the Kisumu politicians who are campaigning in Nyanza which is considered to be ODM leader Raila Odinga’s backyard how they will benefit come next year if he wins. 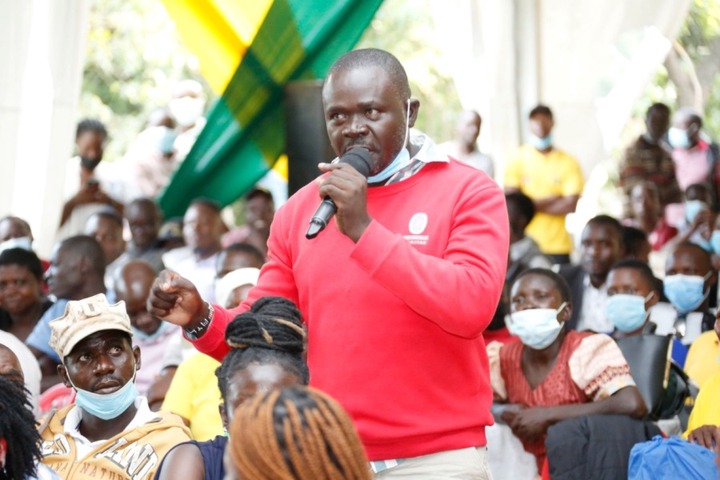 The man who kept calling the second in command “Baba” vowed to support the deputy president as he urged him to remember those who joined his meeting in Kisumu when he goes back to Nairobi.

“We have vowed to follow you, baba, and that is why we are here. You should promise that if we, the Luo community give you the seat, our leaders who have campaigned hard for you, what will you give them?” he said amid cheers and claps from the crowd.

DP Ruto in response told the man that his government will ensure no one will be left behind despite their tribe adding, “We will seat down and agree on how we can form the government together.”

Here is the video of the man interrupting the deputy president during his Kisumu meeting. 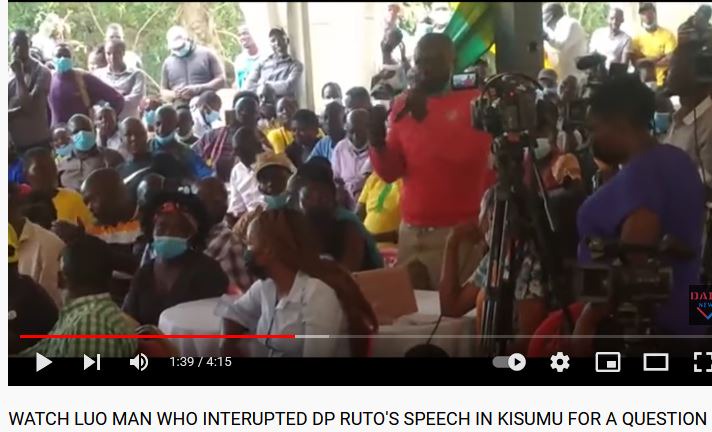 "Ako Na Tamaa Na Wizi Mingi" Raila Lets The Cat Out Of The Bag, Reveals Why He Chased Away DP Ruto

“Ruto Will Beat Raila In 2022" Former Chief Justice Reveals, Warns Raila Over Being Let Down

ANC: Raila Is Making Every Attempt To Find His Way To OKA Through The Back Door