By Ryan_Bryan (self media writer) | 4 months ago

Renown businessman, Tycoon and president hopeful Jimmy Wanjigi has been challenging Rail Odinga to step off the helm of ODM and leave the leadership role for new energetic blood as he has been at the position for long.

For that, he has challenged the former prime minister for head on in a free and fair party nominations so that they can ascertain who will run for the top seat using the party.

During an interview, the secretary general, Edwin Sifuna has since responded to Wanjigi in matter regarding party nominations. He says that even if party nominations for the presidential candidate would be held, he would not be in the ballot since he submitted his application late after the given time had elapsed. 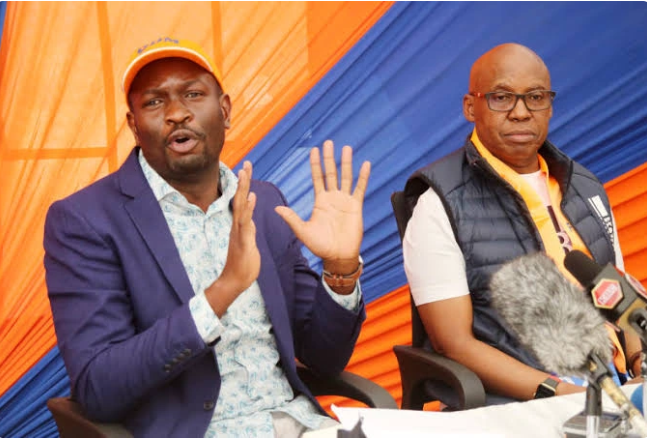 He added that those who would be eligible are Mombasa government Ali Hassan Joho and Kakamega governor Wycliffe Oparanya since they submitted their applications early within the time frames. He now urges Wanjigi to support Raila or move on and look for other alternatives.

"Shame On You, Tafuteni Kura Bila Ujinga" Angry Kabogo Says After Reports of Plans Made Against Karua