The conversation about dynasties and hustlers was a big topic before the Tangatanga allied politicians came up with the Hustler movement narrative. Even now, Deputy President William Ruto is being depicted by his supporters and allies as a son of a poor man who is being actively pursued by perceived dynasties hell bent on stopping him from ascending to the Presidency. 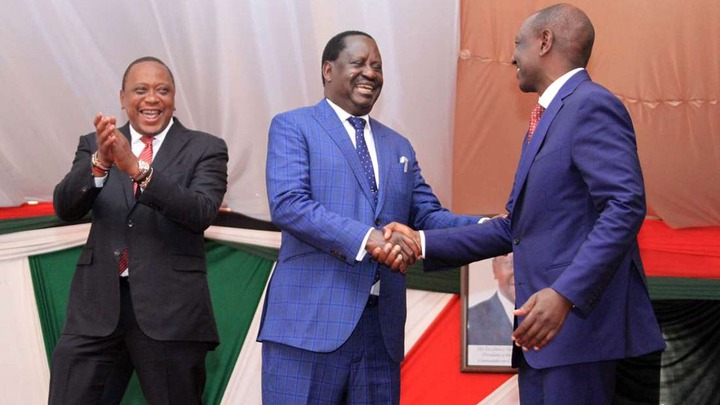 Former Machakos Senator Johnstone Muthama has now chipped in, going as far as comparing the Kenyan political families of old to Russian oligarchs, who can't allow anyone from a poor background to rule Russia.

"The rich in Russia (aka RUSSIAN OLIGARCHS) took control of vast amount of WEALTH and POWER since 1400 to date. No son of a poor Man is allowed to rise to PRESIDENCY by the BUSINESS TITANS who are totally in control of Government," wrote Muthama.

This, Muthama claims, has been curtailed by God of Heaven who intervened for the Hustlers at the Appellate court which stopped the BBI in its tracks. 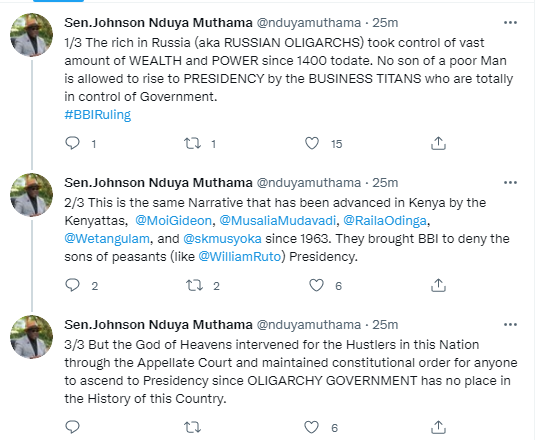 The question is, are the likes of Moses Wetangula not sons of poor men? Or you are christened a dynasty just for the sake of political aesthetics?

It will be interesting to see what unfolds in the few coming days though. As per Raila Odinga, they have moved on from the ruling at the Court of Appeal yesterday, but according to Citizen this morning, Attorney General Paul Kihara has said that he will be moving to the Supreme court to challenge the verdict.

How to Spot a Narcissist

4 Ways to Live Independent in a Romantic Relationship

Leave My Child Alone; Community Parenting In Kenya Is No More