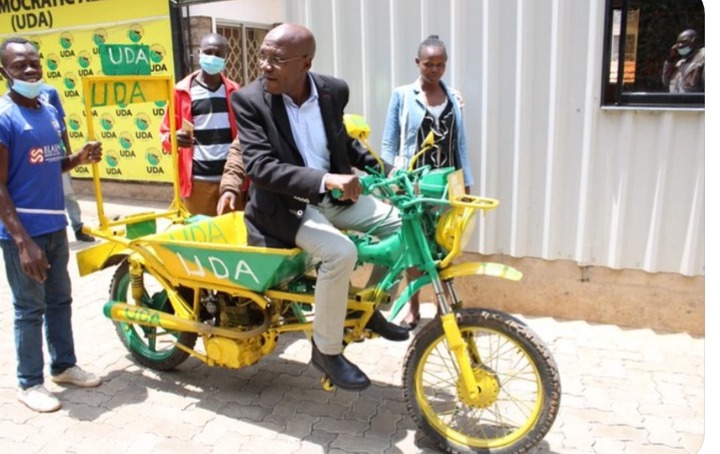 Former Kakamega senator Bony Khalwale today was in the receiving end after being attacked by Kenyans following one of His recent posts that portrayed Him as one of the leaders championing the Medieval innovations, that appeared not to be resonating well with His followers.

Khalwale took to His Social media handles a picture of Him while in the United Democratic Alliance Party Headquarters together with some other young people who were perceived to be Aspirants who had visited the Centre to register themselves for the Party nominations that is coming up.

However to the amazement of Many, the former Mp also shared a photo of a Motorcycle which was tainted all over it with UDA colors, and mounted permanently with a Wheelbarrow which had no wheels. He congratulated the young people for what He termed as genius acts of transforming the Machine into more useful ways by imposing the Wheelbarrow body on the back side. His captions were, "Our youths have scaled upto a motorized Wheelbarrow"

In other pictures, the owner of the Motorbike was seen doing taste drives around the Offices compound. His colleagues were watching from a distance as they waited for their final approval of Membership application process that appeared longer.

Kenyans found a rare opportunity to voice out their displasure after attacking Khalwale for allegedly celebrating the backward narrative that clearly indicates poverty that the country is facing right now. Some even predicted His failure in the upcoming 2022 elections where He is planning to vie for the Governor position in the County. 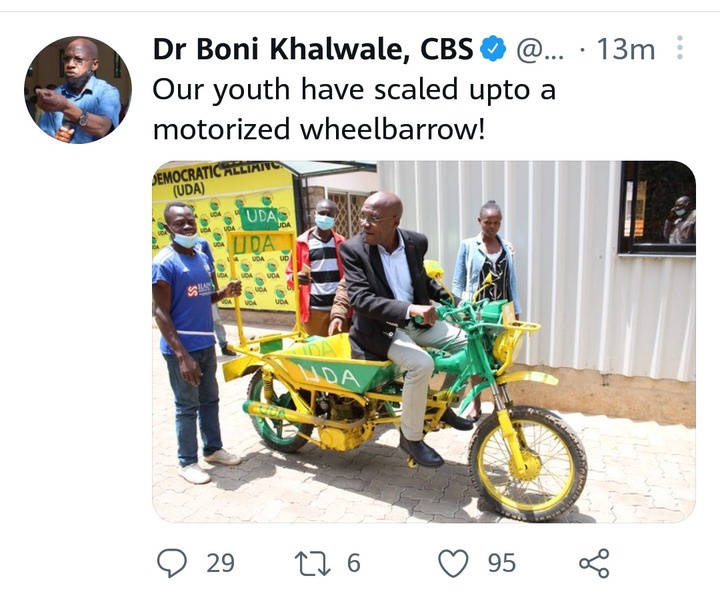 The Wheelbarrow was chosen by the Party as their Logo, because they believe that everyday activities revolves around such machines which makes work easier and used by poor Kenyans who are struggling to get their incomes everyday.

Although a section of Kenyans are of the opinion that Tangatanga Faction is riding on the poverty situation of Kenyans and spreading lies, Huge masses seem to be resonating with the idea, with hopes that Ruto will finally revive the dead economy and enable Kenyans have money in their pockets. 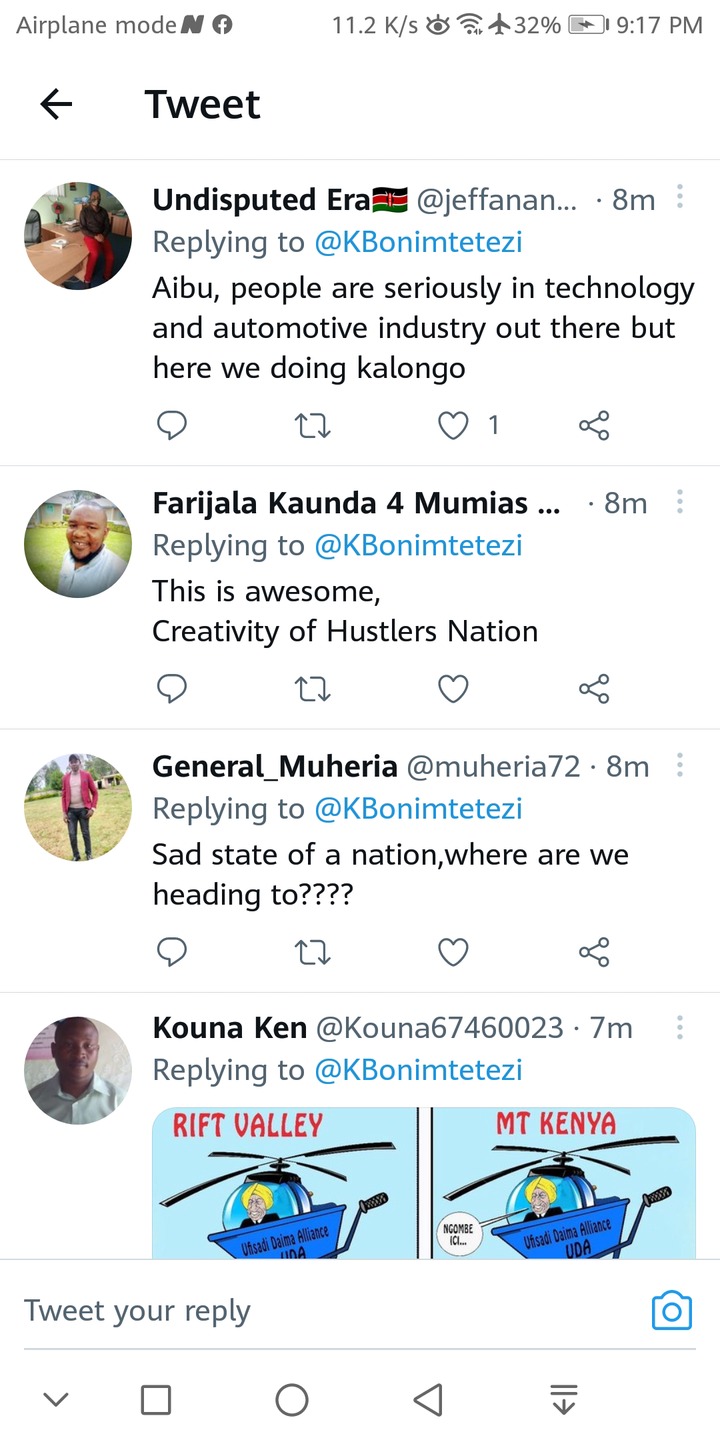 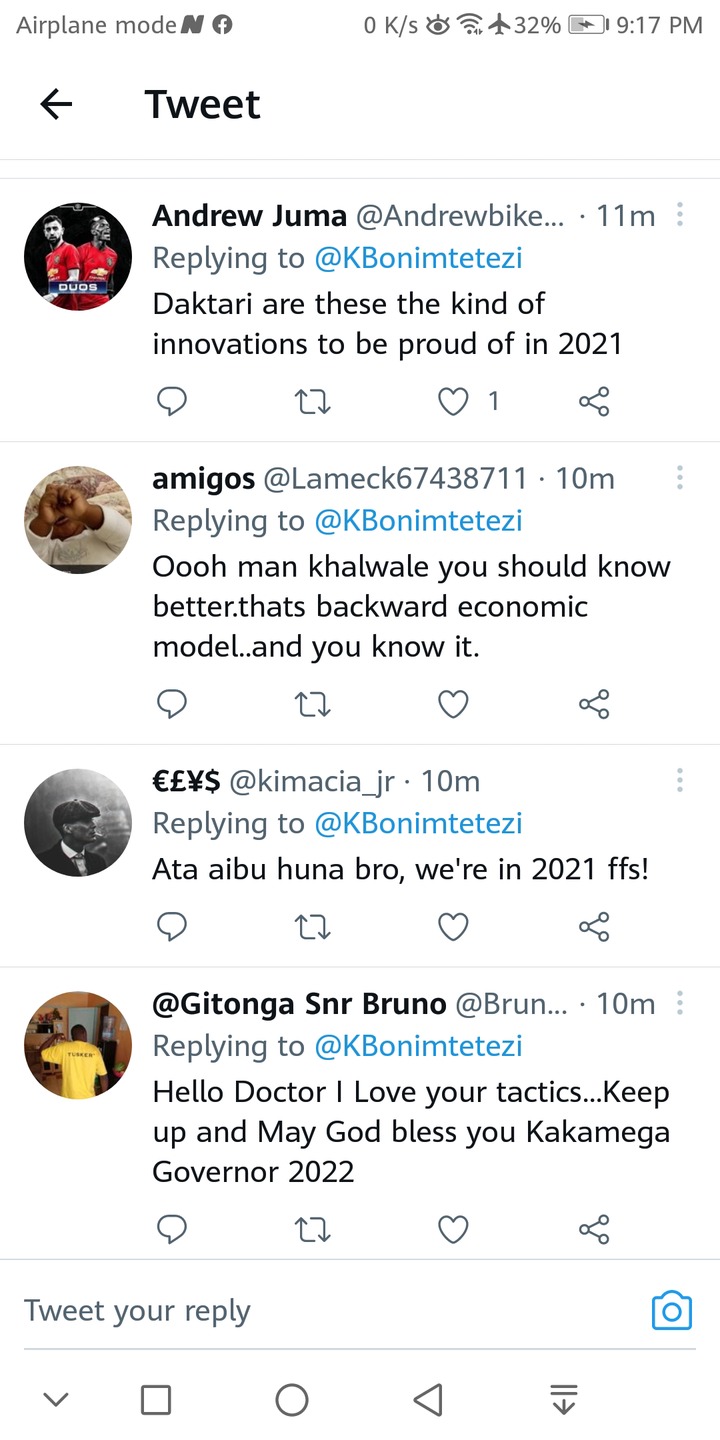