By @Manman (self media writer) | 1 month ago 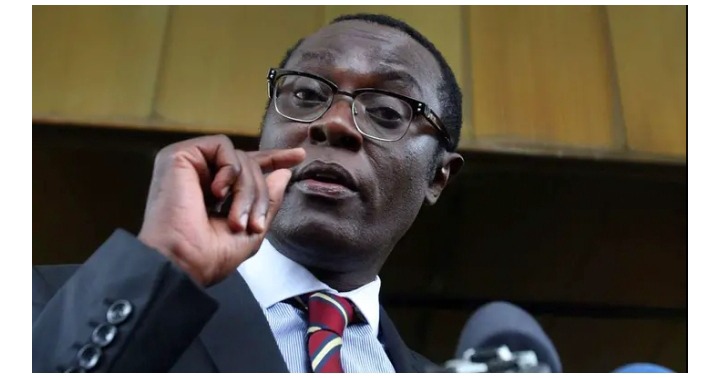 Although on the part of the Azimio side they have not been pleased with the announcement of Chebukati, terming the election was not free and fair.

The Azimio team have taken a step to file a case in supreme court to nullify the election results.

This has made Prof. Mutahi Ngunyi who is a key ally of President Uhuru Kenyatta to break silence on why Ruto should not yet celebrate as there might be two ways in which he can be de- gazetted as the president elect.

Mutahi Ngunyi taking to his official Twitter handle account said the matter now rests at the court whereby the court can order a recount of form 34(B) or nullify the election based on illegalities.

"People. It is NOT over UNTIL it is over. A gazetted President-elect can be de-gazetted. Lets WAIT for the INVALIDATION of this election by the COURTS. There are TWO paths. One, court to order a RECOUNT of form 34(B). Two, seek a NULLIFICATION based on illegalities. That SIMPLE." Mutahi Ngunyi said. 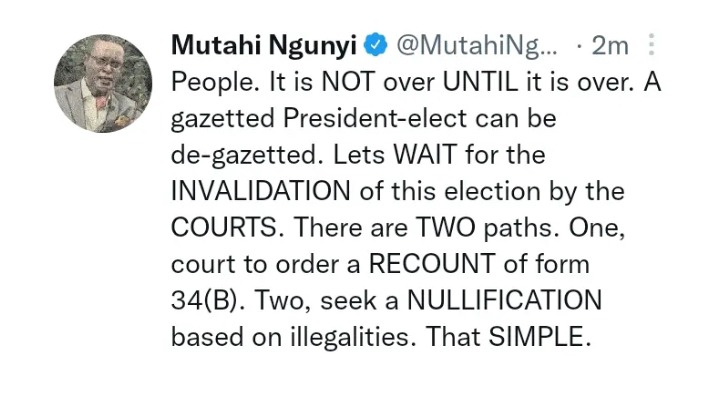 Content created and supplied by: @Manman (via Opera News )

Akothee's Daughter Breaks Silence After She Fall in Love

Over 2.5, Both Teams To Score and 1X2 Saturday Predictions

Win Big Cash If You Stake These Matches Tonight(1695odds)