By Sharon_Adhiambo (self meida writer) | 9 days 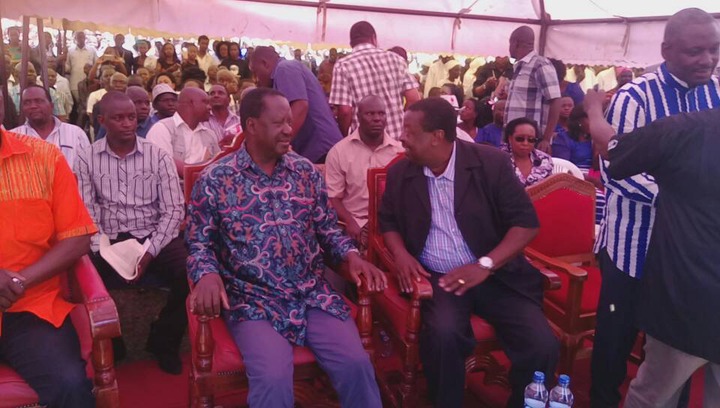 Orange Democratic movement party leader Raila Odinga's ally Otiende Amollo who is also the member of parliament for Rarieda constituency has finally emerged to break his silence after an angry mob chased him plus other politicians from a function in Siaya.

In a video doing rounds on social media, Otiende Amollo plus Siaya senator James Orengo can be seen being roughed up by a disorderly crowd. The leaders rushed to board their helicopter which was on standby as the angry mob continued being hostile, even throwing a chair at the helicopter. 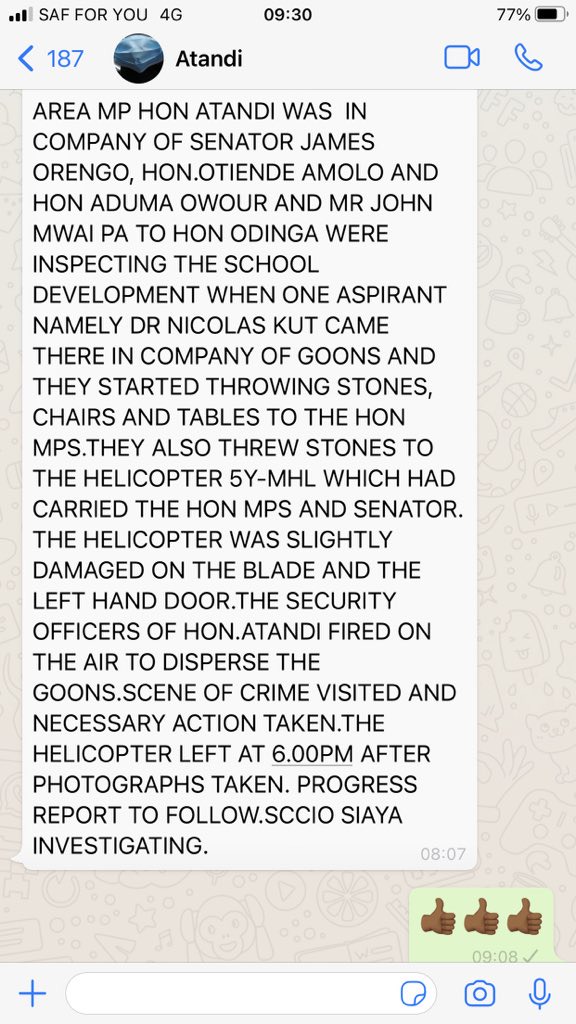 And now, MP Otiende Amollo has emerged to suggest that the entire altercation was as a result of goons hired by politicians indicating that this is a season for political goons to reign in.

"The season of political goonism is at hand, unfortunately," the vocal member of parliament said. 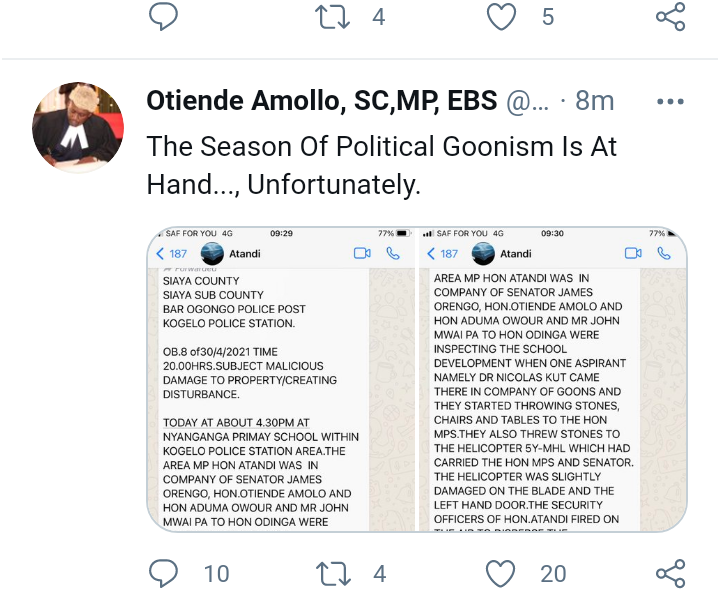 A police report shared by Otiende indicated that an area politician identified as Dr Nicolas Kut came accompanied by the goons who later unleashed terror on the leaders. The Police are investigating the incident.