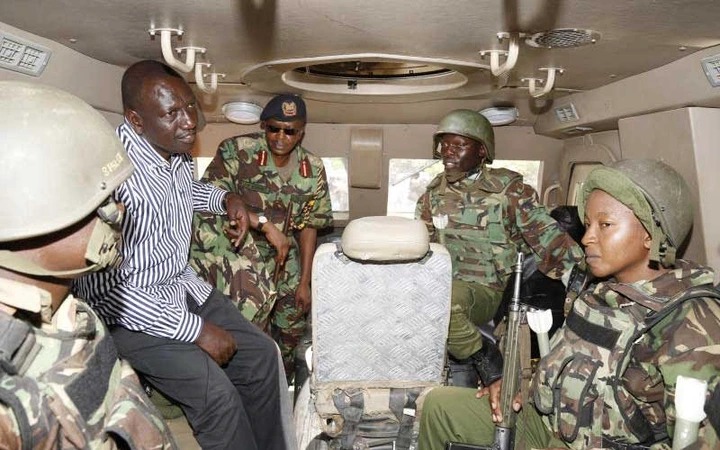 Today, William Ruto's normal security details at his Karen Official residence and all his other properties were withdrawn by the government, and replaced by Administration Police. This happens against the backdrop in the fallout between president Uhuru Kenyatta and William Ruto.

Before, the deputy president's official residence in Karen and in Sugoi was guarded by officers drawn from GSU commandant. The change of security at the DP's residence has sparked reactions with some Kenyans criticizing the government for the act. Some have cited the constitutional clause which the government contravened by withdrawing GSU officers.

According to the police service standing orders, Chapter 8 section 5(e), the GSU commandant shall be responsible for the security of the president, deputy president, statehouse, and lodges they occupy.

Even though his(William Ruto) security detail was changed, reports has it that Ruto has a highly trained private security detail that serves as backup security. As put by Kenya Today, the second in command have a team of Israeli Trained former military men, former police officers, and intelligence chiefs who brief him on his security throughout the country. Most of his private security details were used by former presidents— Daniel Moi and President Kibaki. 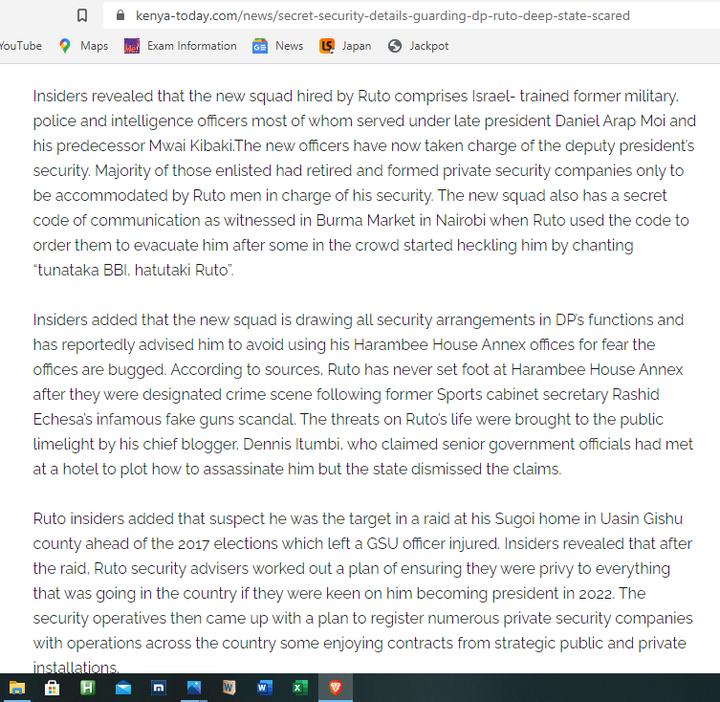 According to the reports, the deputy president started hiring private security after he previously informed the nation of a planned assassination targetting him. The second in command is usually accompanied by this security even in political rallies and could be seen in the previous rally the deputy president held in Burma, Nairobi. During the rally, the DP is said to have sensed a security threat and then ordered his men using a secret code to evacuate him.

GOODBYE BOSS; Top English Side Sack Their Manager After a Run of Poor Results