Azimio la Umoja One Kenya Deputy President designate Martha Karua has finally opened up on what she wanted to say before a teargas explosion abruptly ended an Azimio event at Gusii Stadium, Kisii County yesterday. Mama Ida Odinga, the wife to Azimio Presidential candidate Raila Odinga, was also present at the rally when the teargas explosion occurred. 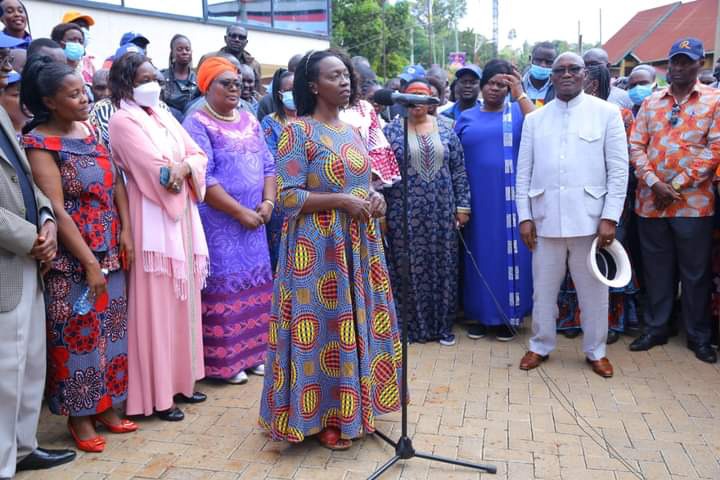 "Jana mlisikia kitu ilifanyika Gusii Stadium. Mimi sio mtu wa kubabaishwa na moshi kidogo na ndio nimerudi hapa Gusiiland ndio wajue hawatatuweza na vitisho ndogo ndogo (You heard what happened yesterday at Gusii Stadium. I am not a person to be scared by small smoke and that's why I have come back to Gusiiland to prove them that they will not succeed with small threats)," Karua said.

She revealed what she was about to say at the Kisii event before the teargas exploded. Karua told the Nyamira crowd that she wanted to tell the women at Gusii event that it is there time. 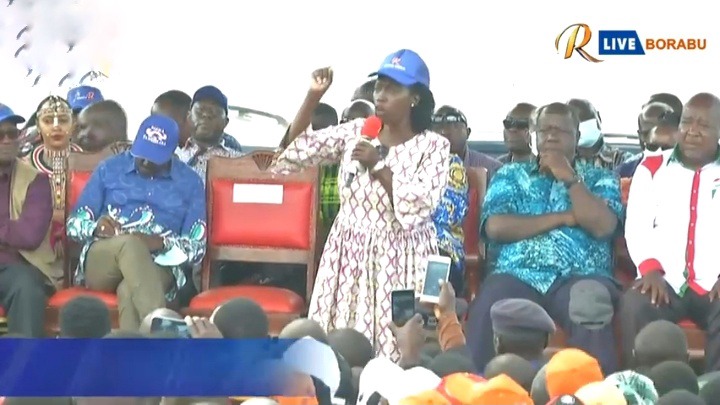 Karua said that Azimio leader Raila Odinga has remembered the women of Kenya by giving her the running mate position and therefore it is time they should come out in large numbers to support Raila's candidature.

"Baba Raila Odinga ametukumbuka. Hii kiti amenipaa ni ya wanawake wa Kenya wote. Amkeni wote wakati ni sasa (Baba Raila Odinga has remembered us. This position he has given me is for all the women of Kenya. Arise, the time is now)," Karua said.

She also hit out at their opponents, saying that the Kenyan women should not trust those who tell them that they will be considered after forming the government.

"Wachana na wale wanawaambia tutawakumbuka kesho. Hakuna ya kesho tushatambulika hapa (Leave alone those who tell you that they will remember you tomorrow. There is no tomorrow when we have been recognised here)," Karua said.

Siasa Safi:Kenyans React After Korir Showed Up To Congratulate Jalang'o While Collecting Certificate