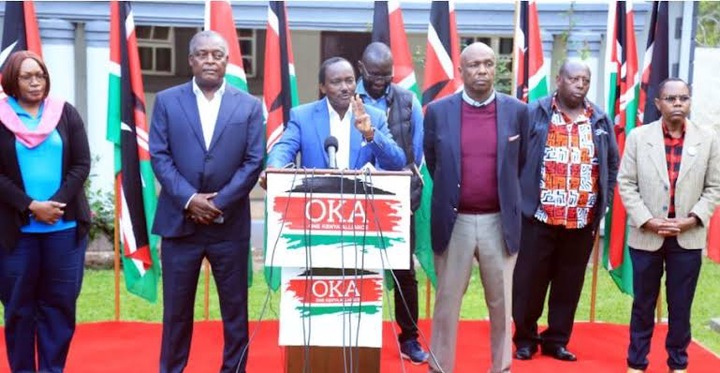 Ealier, the Ukambani boss who has been accused of being indecisive was offered the position of the Chief Cabinet Secretary by Raila Odinga should he form government after August 9 elections. 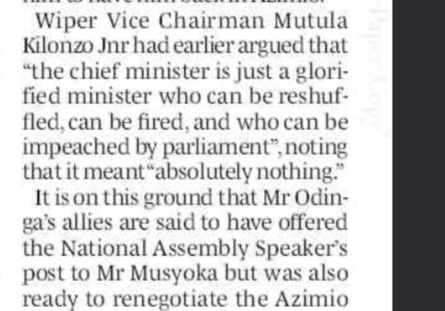 Things would change later when Jubilee chairman David Murathe revealed that the only position that could be awarded to Kalonzo is the Speaker of the National Assembly slot.

Insiders in Raila's inner circle who spoke to Nation Africa confirmed that there was indeed a change of plan to offer Kalonzo the Speaker's position instead of the Chief Cabinet Secretary slot.

The change was allegedly fueled by Wiper party vice Chairperson and Makueni Senator Kilonzo Junior who argued that the chief Cabinet Secretary position was just a gloried CS who could be fired or impeached by Parliament noting that it mearnt nothing.

This forced Azimio to make the Speaker's offer. However, insiders said that Azimio is willing to discuss more on how to make the Chief Cabinet Secretary position immune to impeachment.