After the final election results were announced Monday night, the new governor of Homa Bay, Gladys Wanga, asked supporters of the Azimio La Umoja One Kenya coalition to pray for their party's leader, Raila Odinga. 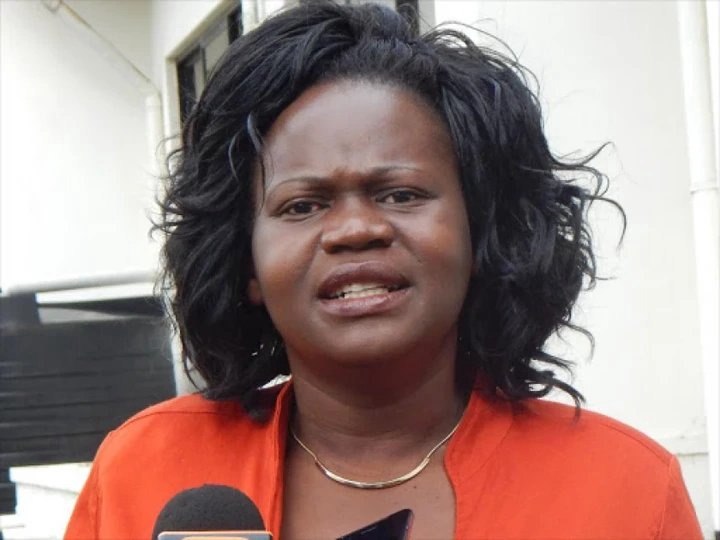 Wanga, who ran for the Azimio party and was a strong supporter of Odinga, went on social media Tuesday morning to express her disappointment with the election results.

"I know that because of what happened yesterday, many of you are in pain, dealing with disappointment, and not knowing what to do." As a supporter of Baba, I share your sadness. Wanga said, "I feel hurt on a very deep level."

She told those who supported her to stay calm, keep helping Odinga, and pray for him.

In the meantime, she said, "Let's gather around Baba and pray for him."

Even though the governor-elect called the election results "electoral fraud," he did say that the Azimio team was talking about what to do next. This suggests that a petition could be filed against the presidential results.

"Our very smart legal team has told us that Chairman Wafula Chebukati's irregularities, election fraud, and lack of openness in running the Commission's business are so clear that yesterday's declaration cannot stand," Wanga said.

She said that the way the election was run was "deeply flawed," but she also said, "This is not over." The last word hasn't been said yet. The legal team has been put together, and they will do everything they can to make sure the right person wins.

Leaders of the Azimio coalition say that there were problems with the voting process.

Mr. Ruto beat Mr. Odinga, who was running for president on the party's ticket. The results from the Independent Electoral and Boundaries Commission show that Mr. Odinga lost to Mr. Ruto (IEBC).

Soon after it was announced that Ruto had won, Karua went on Twitter and said, "It is not over until it is over."

Odinga's top agent, Saitabao Ole Kanchuri, said that the systems used by the electoral commission to count the votes in the presidential election were hacked just before Chebukati announced the final results.

In the meantime, anyone who disagrees with the results of the presidential election must file a petition within seven days of the IEBC announcing the results.

The Supreme Court says that they will then decide on the petition 14 days after it was filed.