According to the reports given by a reliable source of information, it has been revealed that ODM party leader Raila Odinga has revealed that he will lead a demonstration against President William Ruto. 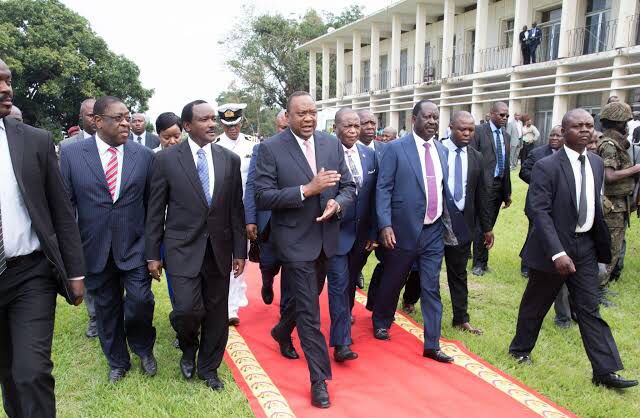 In a news report that has been shared by Raila Odinga himself , he claimed that he is going to do this in attempts to stop President William Ruto to remove Cherera 4 from the IEBC panel.

Speaking about this, Court advocate Eliud Ngugi has revealed that the only leaders who will attend the demos are Raila and Kalonzo.

According to the reports given by Ngugi, he claimed that other politicians won't be able to attend because they are tired of Raila.

While reacting to his remarks, Kenyans who took to their different social media accounts to express their opinions on the matter have called upon ODM party leader to go home and have some family time due to the fact that he has been in politics for long.

According to the reports given by these Kenyans, they claimed that it is so unfortunate that the former is yet to do this despite the fact that he has been in the government for a very, very long time. 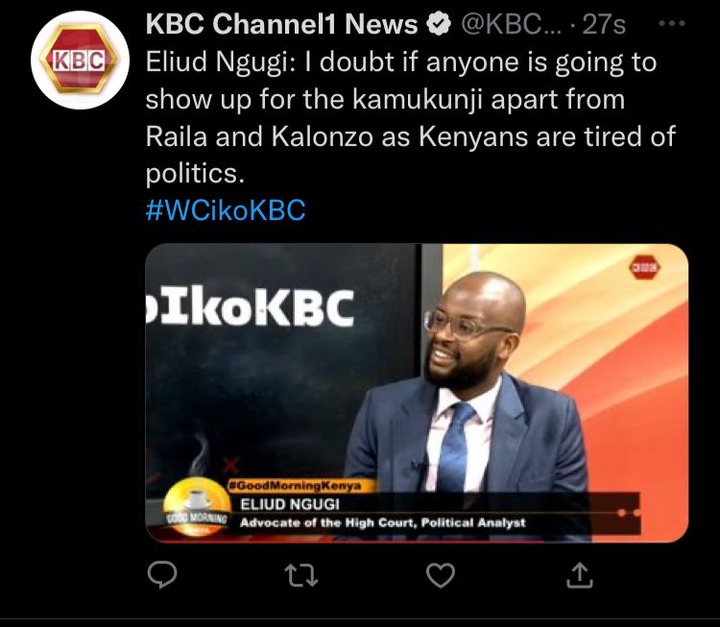