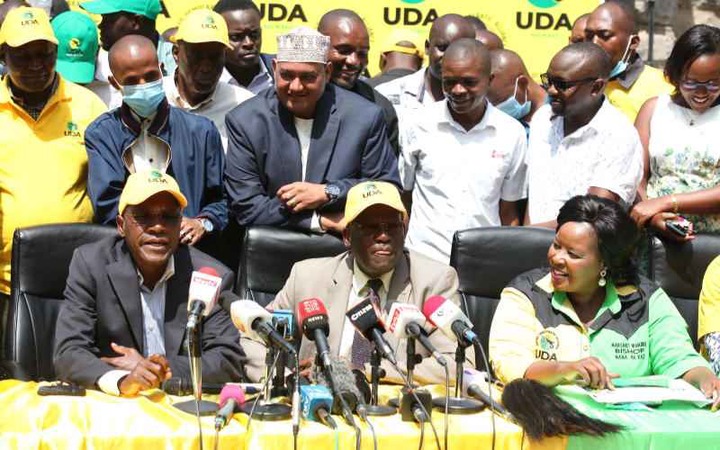 Just hours after the UDA party named their 31 officials who will run the party activities towards the 2022 general election, a popular Kenyan lawyer has now cried foul accusing the party of ethnic bias in the their appointments.

In his Wednesday evening tweet Makua Mutua begun by casting doubt about the criteria used by the party organs in selecting their new party officials.

“How were these officials put into office? Were they selected, elected, anointed or simply imposed? Did one man decide? I see regional and ethic biases. Where’s Ahmednasir to defend the marginalization of NFD by his beloved UDA party,” twitted Makau Mutua.

Such were the serious allegations from the USA based Kenyan lawyer against the UDA party however it did not take long before lawyer Ahmednasir gave his side of the story concerning the appointment of the UDA officials. 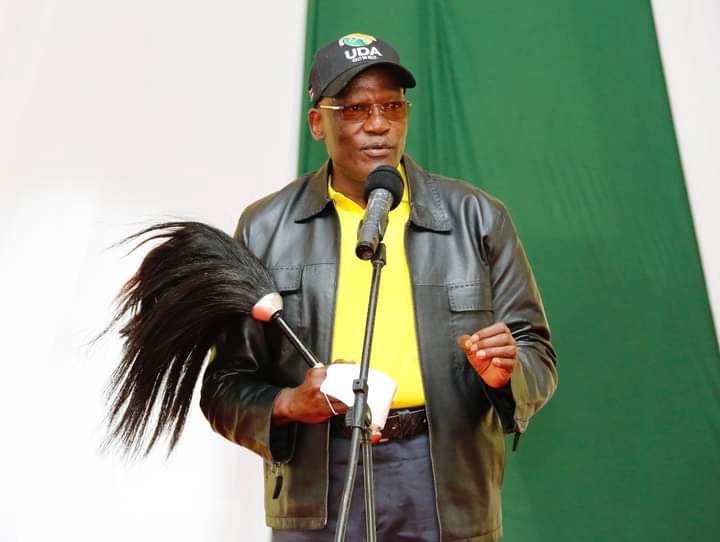 According Ahmednasir, the issue of regional bias was not true. He went further and challenged both Makua Mutua and Mohammed Wheliye that the NFD was indeed well represented in the UDA party.

A keen look at the list of the newly appointed UDA officials indicates that they come from different parts of the country and also from different ethnic communities therefore Makau Mutua’s allegation about regional and ethnic bias leaves more questions than answers. 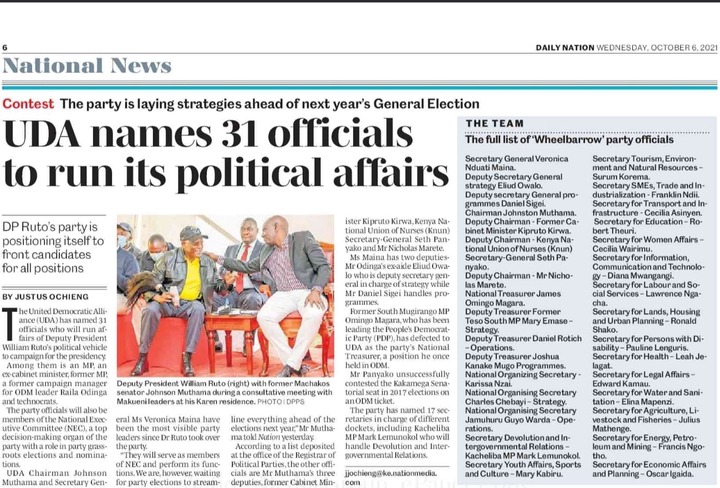 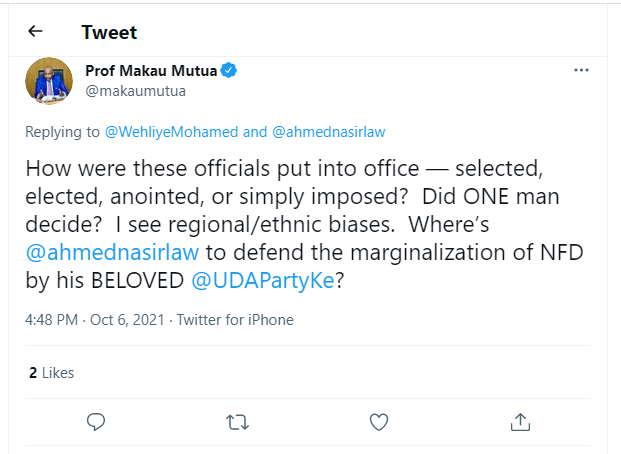 Perhaps the lawyer’s argument can however hold some water when it comes to the criteria used in putting those new officials to office because up to now, no one knows about that for sure.

Foodstuffs That Majority Of The University Students Prepare While In Campuses

"This Nation Owes You A Debt" Moses Kuria's Message To Uhuru