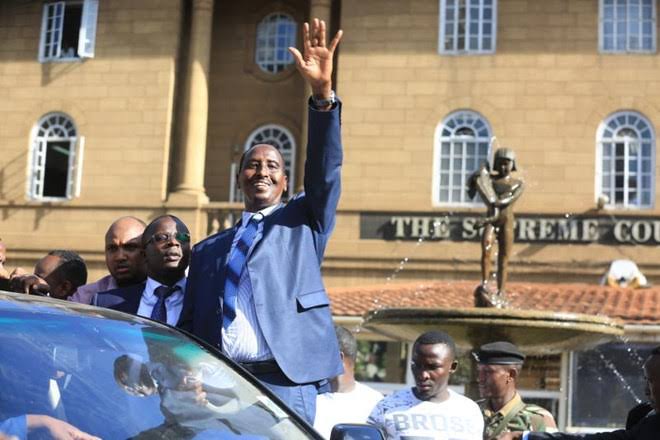 Former Wajir Governor Mohamud Abdi has suffered a stroke after the government withdrew his vehicles.

The vehicles are Toyota Land Cruiser and Subaru Forester.According to The Standard, the move comes after new Wajir governor Ali Muktar wrote to Inspector General of Police to seize the vehicles. 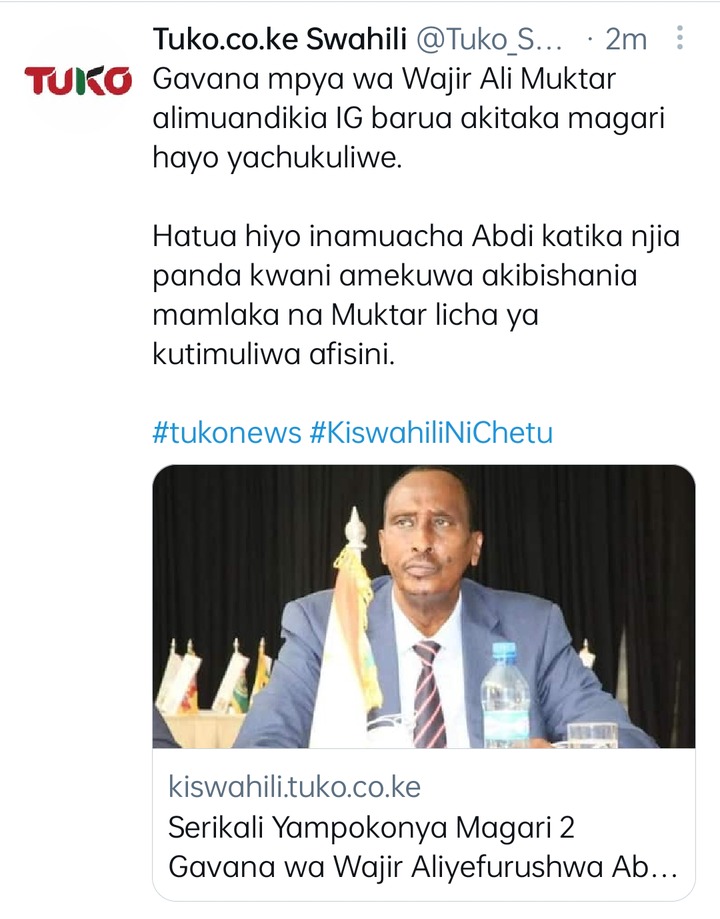 Governor Muktar, who was Abdi's deputy, made the request on June 18.

"The Wajir County government has written a letter to the Inspector General of Police requesting the official removal of the vehicles from the former governor following his removal from office and then the swearing in of the 3rd Wajir governor," the letter from Benjamin sub-county police commander Benjamin said.

Tensions erupted when the Matiang'i Implementation and Development Committee met with the Council of Governors and it was discovered that the Employers' County was represented by two governors.

During the introduction, Mohammed Abdi Mohamud and Ahmed Ali Muktar stood up and introduced themselves as Wajir County governors according to a Citizen Digital report.

Mohammed Abdi Mohamud was however fired by the called police officers but decided to leave the meeting politely.

The governor has been vying for power with the new governor who was his deputy after the court allowed him to remain in office until the case against him is heard and decided.

However the case has not been dealt with after Governor Muktar was sworn in.