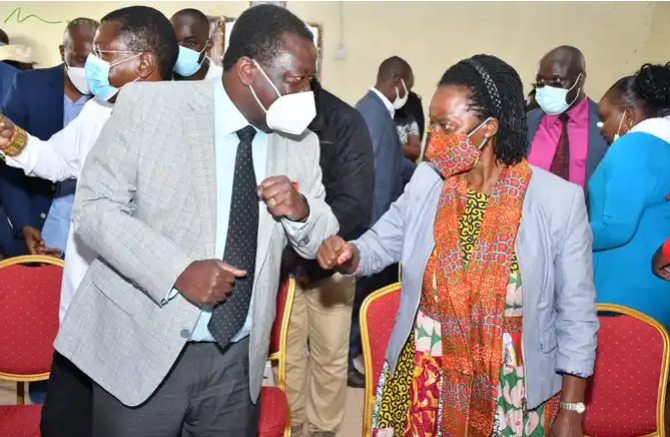 After making several visits to the Mt.Kenya region, ANC leader Musalia Mudavadi has finally got a replacement for his party’s former Secretary-General Barrack Muluka.

While presiding over a meeting attended by ANC party member, Mudavadi announced that Simon Kamau Gikuru who hails from Mt Kenya will be ANC’s new SG.

Mr.Gikuru will be taking up a seat that was left vacant by Dr.Muluka who resigned from the position in August last year.

Following his appointment, Gikuru assured the ANC members that the party was ready to win the elections come 2022 General elections.

He noted that Mudavadi can only become a president if the party has enough representation across the country.

“While we are pushing for our party leader to become president, we must also make sure we have enough representations in the 47 counties.”

Mudavadi on his part, Mudavadi revealed that his party will embark on uniting the country ahead of the 2022 polls.

“Our agenda now is to make sure we focus on the economy so that our youth get employment and earn a living,” Mudavadi said as reported by The Star.

Mudavadi also attacked his political opponents accusing them of copying his party’s political slogan and agenda.

A few days ago, the trashed economic models fronted by his political rivals noting that their methods won’t work. According to Mudavadi, the country has a long way to go before it comes out of the harsh economic times.

“I want to be the candidate who tells Kenyans the truth that we are not in a bed of roses. It will get worse. This journey will be long,” the ANC said as reported by The Star.