By NRMedia (self media writer) | 24 days ago 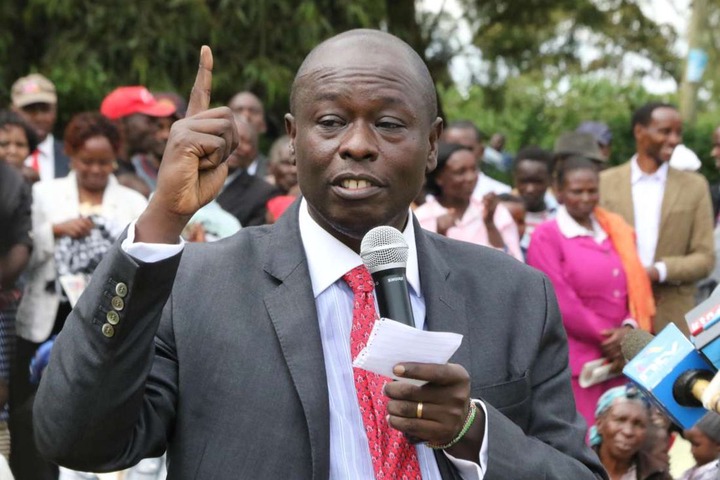 Early this week, Kirinyaga Governor Anne Waiguru threw in the towel and hinted at joining the UDA party ahead of 2022.

Among those who have come out to welcome Governor Waiguru to Ruto's UDA allied party include the country's woman MP Purity Ngirici and Mathira MP Rigathi Gachagua.

Speaking on Friday, MP Gachagua welcomed Waiguru to UDA, saying she is guaranteed a free fair nomination. He also called other leaders allied to President Uhuru Kenyatta to follow suit, claiming the party is gaining momentum in the mountain.

"I applaud Governor Waiguru for the courage. I know they will harass her here and there but it is better for her to be harassed by police, KRA than to be punished by Wanainchi. Wanainchi's punishment is lethal and has no appeal, once they are done with you, its five years but this one of arrests is a simple thing," he stated 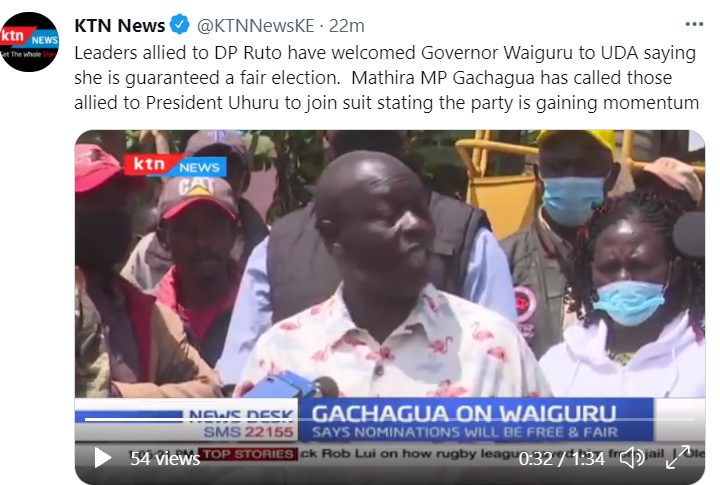 At the same time, he warned those despising the Wheelbarrow in the Mt Kenya region, saying it is a popular party to beat in Central Kenya.

According to Gachagua, the party still has spaces for all critics, assuring them of fair nominations ahead of 2022. At the same time, he said all founders of UDA are willing to face their competitors for various elective seats at nominations without any favoritism.

He said he is ready to lose to any of his competitors, and will not defect from UDA, rather support the person who will have been nominated by Mathira residents.

"I Rigathi Gachagua is welcoming all the competitors in this constituency who wants to unseat me as the MP. I will face them in a free fair and transparent UDA nomination. and if they defeat me, I will not go to any party or become an independent candidate. I will be very much willing to come and back them in UDA," he added.

I Slept With my Husband's Friend After Having a Fight, Later He found Us on Our bed, Winrose confess