The Man Francis Atwoli | Things You Need To Know About His Expensive Lifestyle.

By KevinGatesKenya (self media writer) | 29 days ago 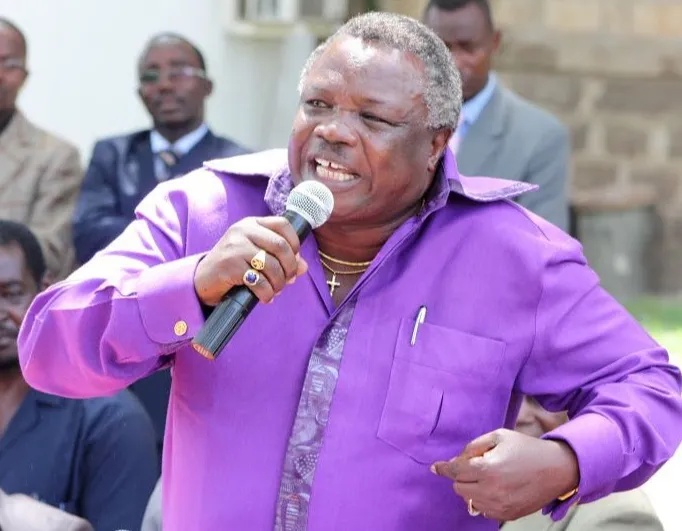 Francis Atwoli is a Kenyan vocal politician who people love and hate in the same measure. The current COTU Secretary-General can be described as a valiant, audacious, and fearless man. Many have tried to bring it down in several instances but he has been able to brush off all his critics. He is a politician who can withstand the most vicious political and boardroom storms. He is the only Secretary-General for the Central Organization of Trade Unions (COTU) to be re-elected five times unopposed. Currently, he is known for the phrase “Alaa”, meme lords have had their best time using it to amuse Kenyans.

Apart from serving as the Secretary-general of COTU, Atwoli is also the General Secretary of the Kenya Plantation and Agricultural Workers Union. He has also ever served as the Director of the Central Organisation of Trade Unions in Kenya. From 1971 to 1986, Atwoli worked as a Branch Secretary for the Union of Post and Telecommunication Corporation. Before then, he was the senior technician at Kenya Posts and Telecommunication Corporation. Recently he was involved in an online spat with some online users over a Road that was named after him. This article will have a look at some of the expensive lifestyles and personalities of this fiery Man Francis Atwoli. 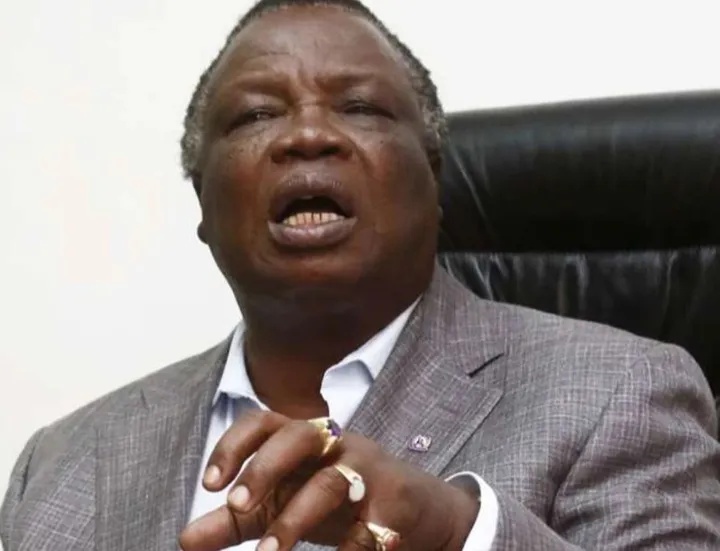 Atwoli leads a flamboyant lifestyle and does not shy away from showing it off. Sometime back in a Jeff Koinange Live (JKL) interview, viewers were shocked after the COTU SG smashed his iPhone X Max currently retailing at about Kshs.140,000 during the show. The stunt drew mixed reactions online with some disgusted by the action and others creating fun out of it. This was the second time he was smashing an iPhone. 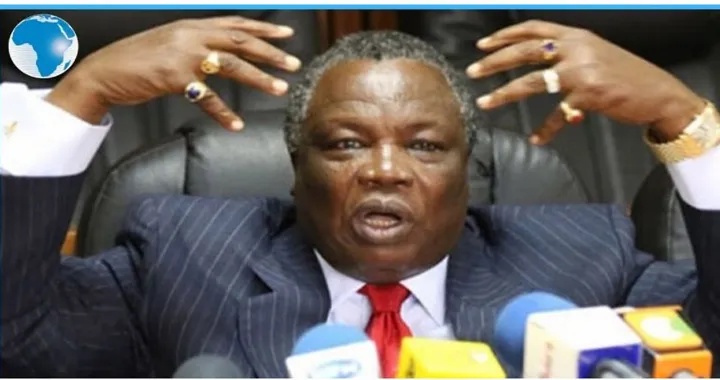 Atwoli’s mega-mansion in Kajiado is known to host both international delegates and local politicians. The mansion is well-manicured lawns and perfectly trimmed hedges. Atwoli lives like the boss that he is. Gatundu Member of Parliament, Moses Kuria, describes Atwoli’s Kajiado home as therapeutic and a perfect chill spot. Atwoli remains to be one of the leaders who maintain that his vast wealth is a result of his years of toiling and is open to investigations if need be. Speaking during a past interview, Gatundu South MP Moses Kuria once described the COTU boss's home as therapeutic, with its manicured lawns, perfectly trimmed hedges, and as well as its pristine location. However, Atwoli maintains that he is among the few leaders who have toiled for decades to attain his vast wealth. The worker’s boss famed for driving a Mercedes Benz-s300 model, once claimed that he pays for his cars by installments and only brings them home after the last payment, for fear that his well-connected haters could order banks to repossess them. 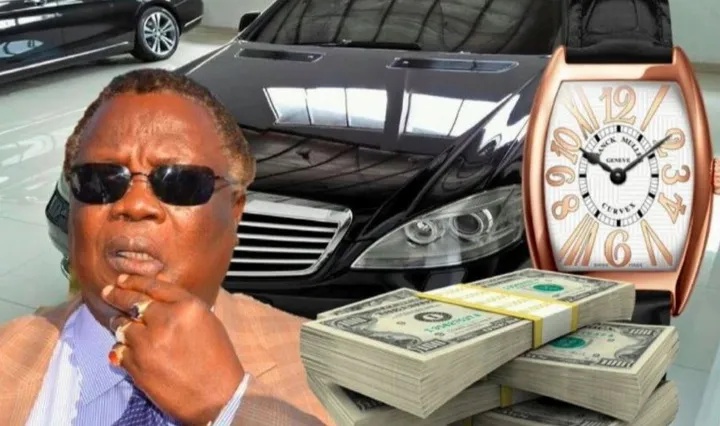 Although Atwoli has not publicly declared the cost of his suits, his taste, and eye for expensive designer wear are above average. In most interviews, he is always dressed in what you can term as “dressed to kill.”

The watch is worth kes5million, Atwoli’s love for gold is well documented in his choice of jewelry which includes watches, necklaces, cufflinks, bracelets, and rings. He also does not shy away from revealing the cost of his jewelry. One masterpiece watch that he owns is the popular Frank and Muller pure gold watch which Atwoli revealed during the popular JKL show to have cost him about Kshs. 5 million. A close-up photo by Xtian Dela brought the pure gold masterpiece into context. 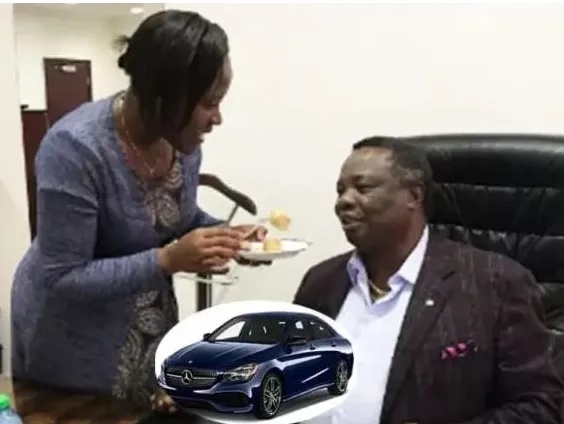 Atwoli’s doesn’t hide how he purchases his cars. As admitted in a live TV interview, Atwoli says he pays for his cars through installments, and only after paying the last dime does he possess the cars. The German machine is one of the high-end cars that Atwoli has in his parking lot. Being a classy man, the Mercedes Benz s300 perfectly matches his class.

The band entertains him at his Kajiado home 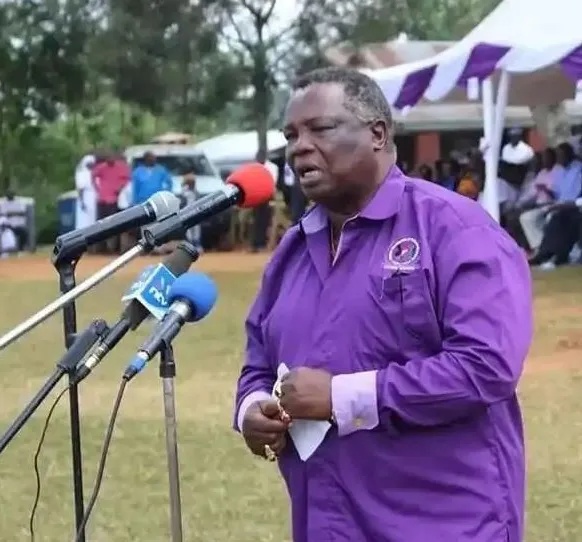 The 71-year-old lives the life of the filthy rich and famous. The SG has in the past been entertained in his own home by a band. A video of Atwoli being entertained by Congolese artist Sara Solo at his Kajiado dominated banter on social media as he enjoys a cup of tea.

Atwoli has a white lady working at his mega-mansion. He refuted claims that she was a househelp and went on to say that she is a home management advisor. Responding to a tweet the SG said of her: “Madam Pavic is not my house help as perceived, she’s an advisor on home management”