"Which Way Mount Kenya Region?" Leaders Camp in Uhuru's Backyard Ahead of The 2022 General Elections

By @Facts (self meida writer) | 1 months 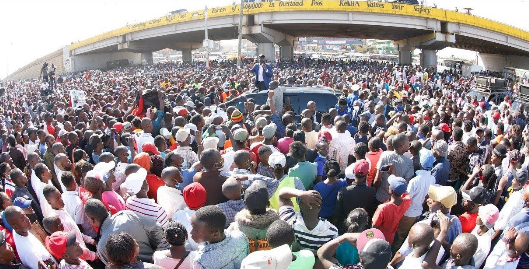 President Uhuru Kenyatta's backyard has been 'invaded' by political leaders seeking to popularize themselves, and respective parties ahead of the 2022 general elections.

Political commentators argue that the invasion of Mt Kenya Region has been attributed by Ruto's growing popularity, claiming that the DP's rivals are hopeful that they will also be accepted as he had been, a move that will dilute his influence, thus decreasing his chances of bagging the presidency. 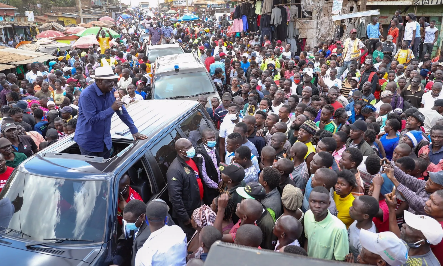 A number of Jubilee MPs who spoke with the Standard in anonymity revealed that all leaders were welcomed to sell their visions to the residents, but their political journey will be determined by which route the president shows them.

However, Ruto allies allege that the residents were past the stage of awaiting directions from the kingpins, and therefore they will make their stand based on what they will benefit from at the negoatiating table.

Other experts also claimed that the region has always had their own candidate, and thus 2022 will not be any difference, with Speaker Justin Muturi, CS Peter Munya, Billionaire Jimmy Wanjigi, Governor Mwangi Wa Iria being some of the notable names being weighed out. 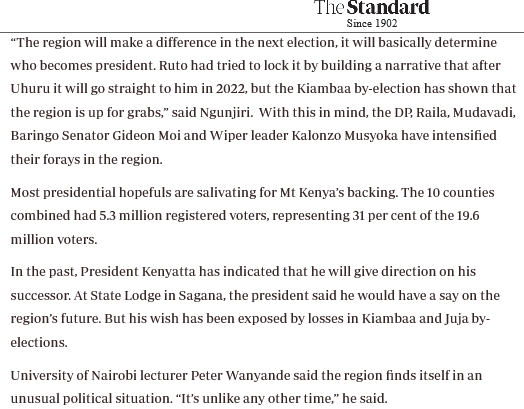